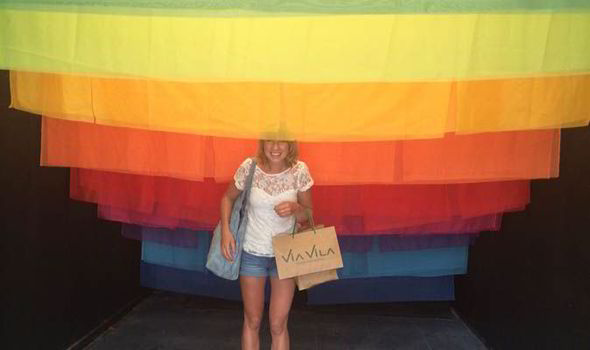 Think of Rio de Janeiro and a blur of colourful feathers, bare flesh and teeming beaches probably flashes into your head. Think of São Paulo and you might picture, say, indistinctive grey skyscrapers and lines of beeping, angry traffic.

Unless you’ve been there, of course, and explored its best areas.

Head away from the business district and you’ll find charming, colourful areas like Vila Madelena, which became a choice location for artists and students (being close to the univerity) during the 1970s and still has a distinctly cool, bohemian vibe.

And there’s never been a better time to explore Brazil, with more airlines operating to the vast South American country since the World Cup.

TAM Airways, which flies direct to São Paulo in around 12 hours, has some good deals if you book outside of peak times – try March, after Carnival but still beautifully balmy.

And if you want to extend your trip, the airline is offering 60% off flights if you purchase three or more within Brazil and across South America.

Here’s our pick of the best things to do in Vila Madalena – even if you’re just there for a short stopover. 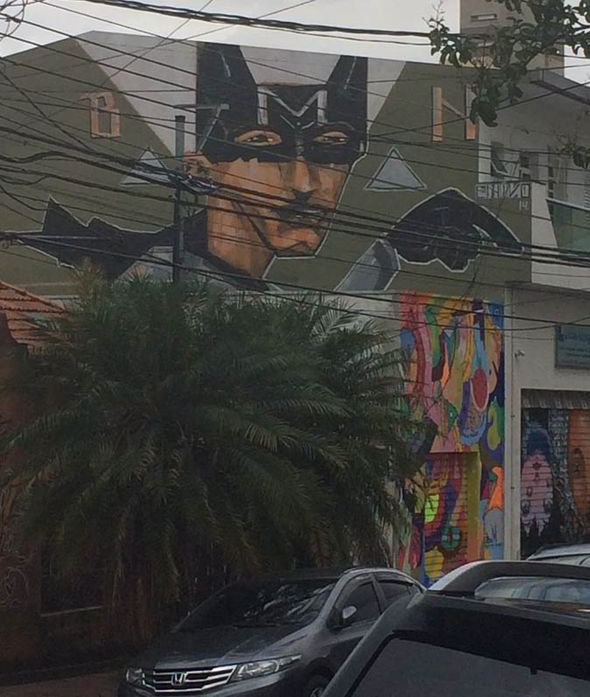 A caped crusader points the way to Beco do Batman 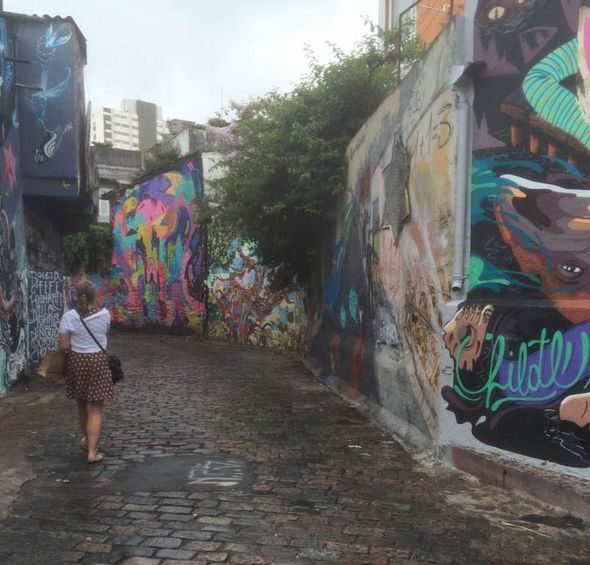 In Vila Madalena an entire alleyway screams and pops with bold, intricate works of art.

Beco do Batman (you can’t miss it – a cartoon of the masked superhero flies high on a wall above the passage, between Ruas Goncalo Afonso and Medeiros Albuquerque) became a graffiti mecca in the 1980s and is constantly evolving.

From depictions of police brutality to a doorway swallowed by a gaping maw, this awesome selection makes Banksy look like a juvenile tagger in comparison.

There are tiny, open-air bars everywhere in Vila Madalena

Stumble across a live band

Music pumps through Brazilians’ veins to the beat of a samba drum.

Try Grazie a Dio, a big open space with long wooden tables and stools from which to watch the regular live bands performing here. There was some funked-up traditional Brazilian rock on offer when we chanced by.

They mix up perfect (and very strong) caipirinhas and serve tasty pizzas to soak up the alcohol.

The atmosphere is amazingly friendly, too. There was a birthday party when we were there, and we each got a slice of cake!

Duck into a dive bar

You’ll find many tiny shack-like venues on the streets of Vila Madelena, with just a small bar overflowing with bottles of home distilled cachaca and fridges of beer inside, and one or two barrels with stools on the road for customers.

In the usually balmy weather, there’s nothing better than sitting outside with a bottle of Braha, watching locals breeze by.

Stock up on flip-flops and cachaca

Take advantage of a favourable exchange rate (3.74 Brazilian Real to the pound at the time of writing) and cheaper prices by filling your suitcase with Haviana flip-flops (you’ll find everything from plain colours to Brazilian flags and Where’s Wally? versions) and the national spirit, cachaca, made from fermented sugar cane and used in caipirinhas.

The latter can be throat-stripping alcohol for £1.50 a bottle from the supermarket or top-quality, velvety-smooth versions that can be purchased from local bars (even then, for less than a tenner a bottle). 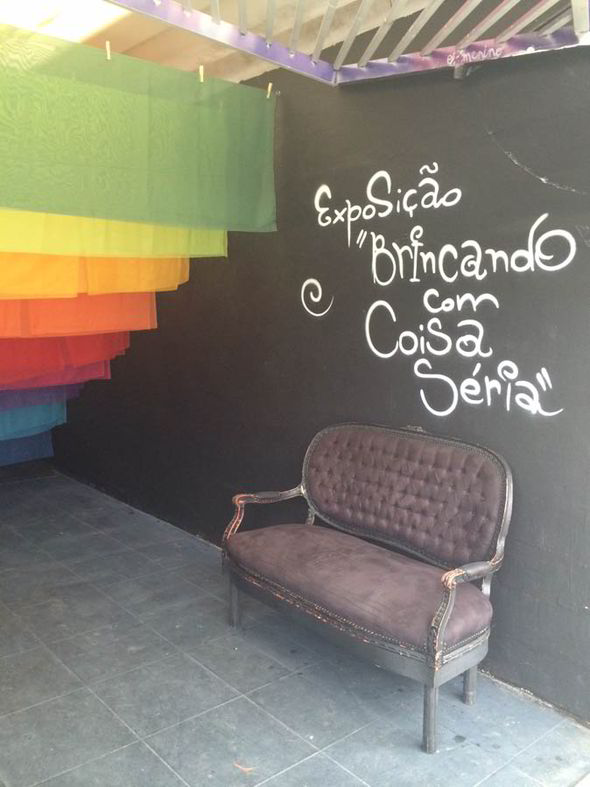 You could easily walk past some of Vila Madalena’s most impressive cultural offerings. But if you’re brave enough to explore the nooks and crannies, you’ll be rewarded with some gems.

It was with some trepidation that I ducked under the swathes of brightly coloured silk we spotted from the street. I wasn’t sure if I was trespassing into someone’s garage.

Luckily, my curiosity paid off and we were welcomed into a dark, labyrinthine gallery showcasing a series of backlit paintings that transform with the flick of a light switch, with some details concealed and others revealed depending on the brightness.

A7MA, at 95B Vila Madalena, also has other exhibitors at the back.

Many cafes claim to serve the “world’s best” cup of coffee (remember the gag in Elf?) but Coffee Lab, on Rua Fradique Coutinho, might have actually cracked it.

This really is a lab and a school, where they study different methods of roasting, brewing and preparing coffee.

The menu is extensive, including coffee rituals where a trained barista talks you through the process and answers questions such as, which goes better with coffee – chocolate or cheese?

With an open kitchen, pretty garden and tasty breakfasts on offer, it’s a lovely and delightfully quirky way to spend a morning. 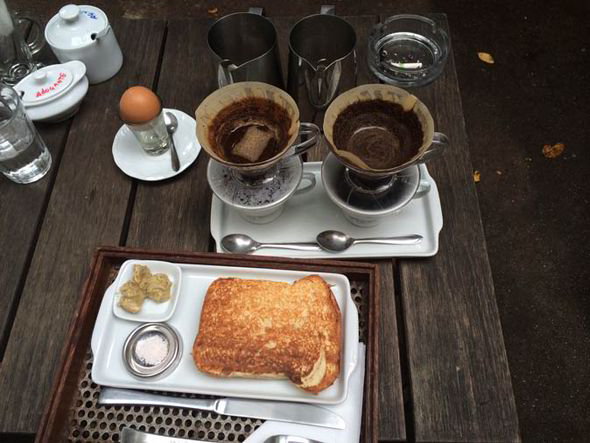 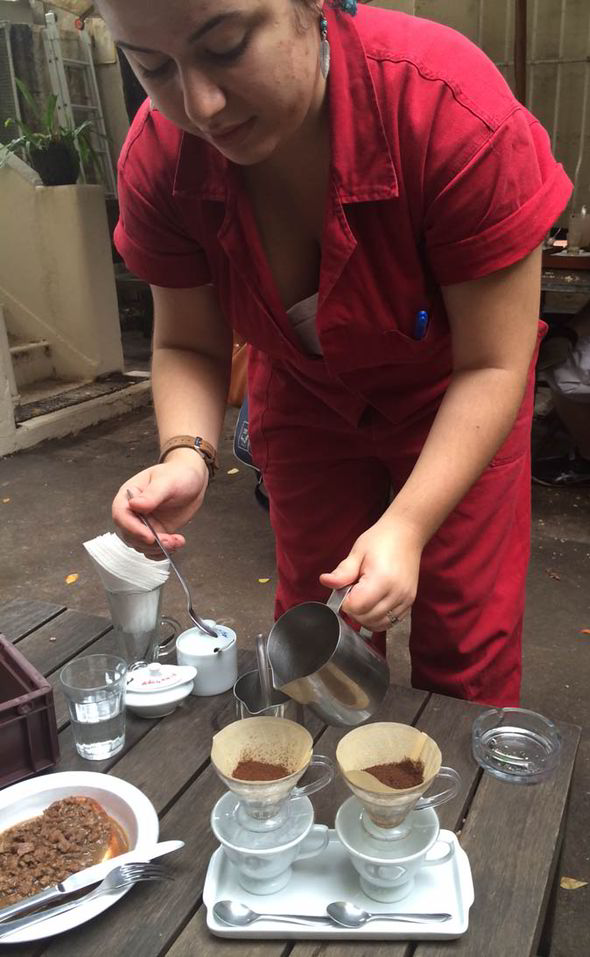 The Queen of Pop partied hard in São Paulo when she visited in 2008, putting house music club Bar Secreto, on Rua Álvaro Anes, in the spotlight.

Sophisticated, stylish and very sexy, the dimly-lit club opens its doors at 11pm and fills with people shimmying into the early hours to live bands and DJs.

Get your nails done

We could have been skipping along the yellow brick road as we were whisked in to the sweet scented, candy-striped interior to have our nails done.

They also offer massages, makeovers and waxing (when in Brazil…) – and there’s even a bar serving wine and fizz.

Could they even dye your eyes to match your gown? Jolly old town! 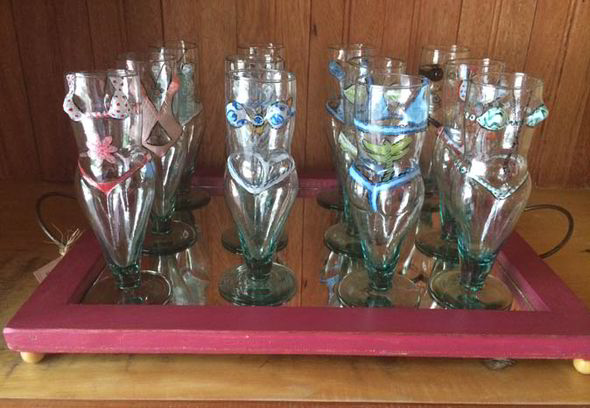