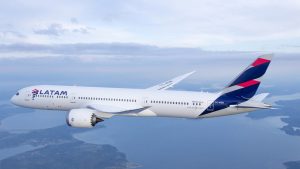 LATAM Airlines Group and its subsidiaries announced the reduction of their operations by 95% during April 2020, due to the closure of borders and low demand, caused by the pandemic of the new coronavirus. The measures will be assessed on an ongoing basis, based on travel restrictions in different countries, as well as on demand.

DOMESTIC FLIGHTS:
• In Brazil, Latam Airlines Brasil will continue to fly to 39 destinations with reduced frequencies, connecting with its hubs in São Paulo (Guarulhos and Congonhas), Brasília and Fortaleza.
• In Chile, the group will maintain frequencies reduced to 13 of its 16 domestic destinations, temporarily suspending flights to Rapa Nui, Castro and Osorno.
• The domestic operations of Latam’s subsidiaries in Peru, Argentina, Colombia and Ecuador remain suspended due to countries’ government restrictions.