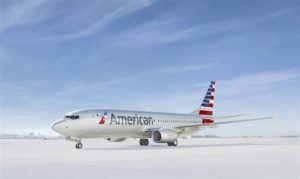 As part of the $ 12 billion in aid from the United States government’s financial assistance plan for airlines during the coronavirus pandemic, that American Airlines is receiving, the  CEO Doug Parker, said that pre-conditions for package include the ban on firing employees or reducing salaries for at least  six months.

However, the plan does not prevent the company  from adopting other cost containment measures.

United Airlines made Similar announcement last week, that “Funds will be used to allow the continuity of the essential service provided and to preserve jobs. We are confident that it will permit to go through this crisis, even in worst scenario” said the Airline’s executives.

The US government aide package has made $ 50 billion available to the airline industry as part of the more than $ 2 trillion US economic rescue plan. Subsidies are to be used to maintain jobs and wages until 30 September. In addition, after the crisis, airlines must continue to serve the markets to which they flew until March 1.