With new attractions, Gramado – RS hosts the most traditional Christmas celebration in Brazil. Learn the best of festival programming, with free and paid options. 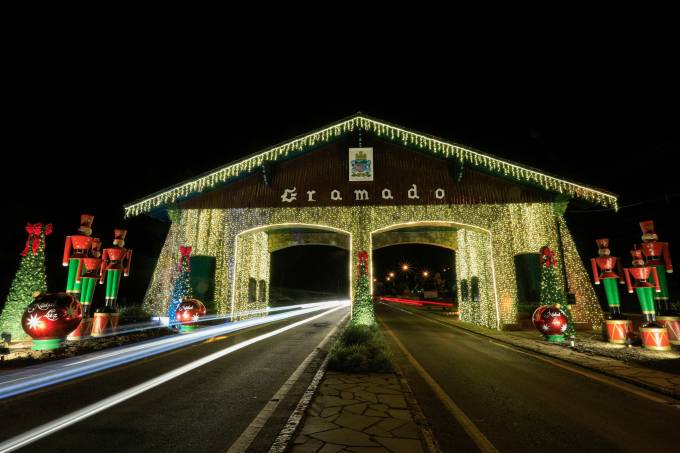 The most anticipated event in Gramado has started! Since October 24, the city of Serra Gaucha has been invaded by the spirit and Christmas decoration to celebrate Christmas Light. The celebration, which is one of the largest and most famous in the world, brings attractions until January 12, 2020.

This year’s edition will have 81 days of celebration, with concerts, musical shows, plays and parades. The organization expects 2 million visitors in this period.

The attractions have been revamped and come this year with a new concept. That is, those who have been to Christmas Light will not see the same thing of past editions. Check out the main programs of the event – paid and free – that promise to entertain the public of all ages!

• Parade – The Magic of Santa

The Parade – The Magic of Santa (Christmas Light Lawn / Divulgation)

It is the traditional and anticipated parade of the event, which will bring news this year. The overproduction features floats, air cars, dancers, actors, skaters and circus performers and is divided into three acts: the birth of Jesus, the circus Christmas parade and the magic of Santa Claus. The show is full of carols, dances, acrobatics and interaction with the public.

When: Thursdays and Sundays at 9 p.m. Extra performances on December 8th and 22nd at 6 p.m.
Where: Expogramado
Value: Whole from 170 Reais. Official box office.

This musical play has an original soundtrack, 14 actors and 16 dancers and beautiful costumes and set design. She tells the story of a village in the Christmas Pine Grove that receives an order addressed to Santa Claus. The package brings out the old legend and a mood of mystery is set in: where is the good old man? And what about Christmas? 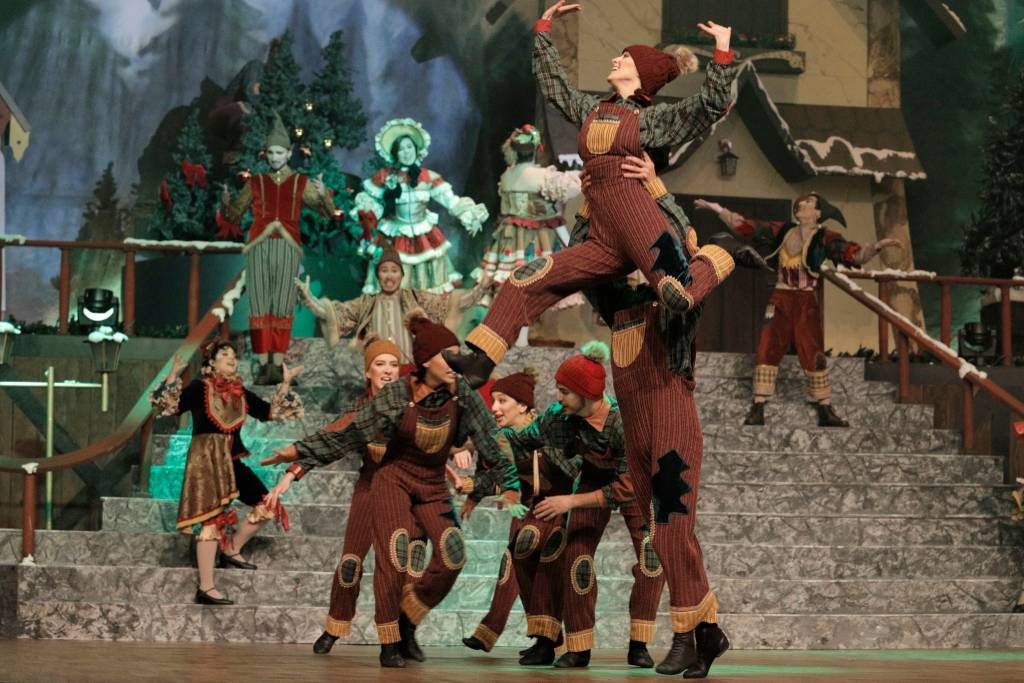 When: Tuesdays and Fridays at 21h. Extra performances on December 6th and 20th at 6pm.
Where: Expogramado
Value: Whole from 165 Reais. Official box office. 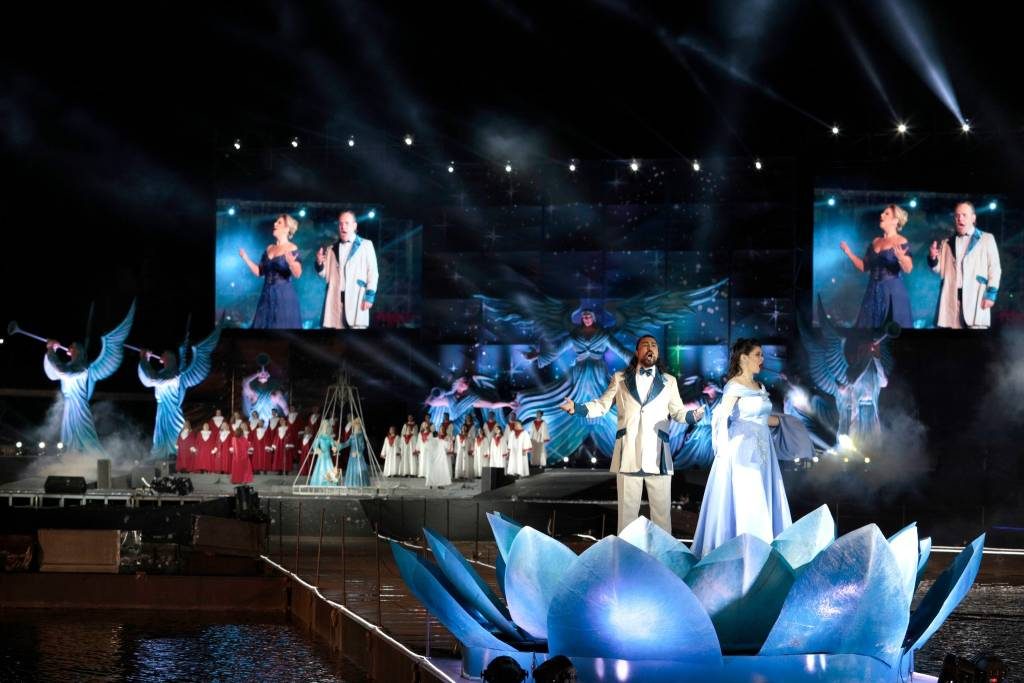 The lake show of this Christmas Light edition will be unheard of, with a new concept and equipped with a large cast structure and special effects. Dancers, an orchestra conducted by two conductors and actors, will tell the story of the creation of the world, the birth of Jesus and the meaning of Christmas.

As for the presentation infrastructure, resources were not spared. The show will feature fireworks, dancing waters, projections and a new fountain.

When: Wednesdays and Saturdays at 21h. In the month of December, also on Mondays, 9 p.m.
Where: Joaquina Rita Bier Lake
Value: Whole from 170 Reais. Official Box Office.

This is the big free attraction this year. Every day in downtown Gramado, a staging of Santa Claus promises to (literally) illuminate the city. The good old man gets a letter from a child who, instead of toys, wants a Christmas light show. Your order is promptly fulfilled and over 2 million LED lamps are lit throughout the city. 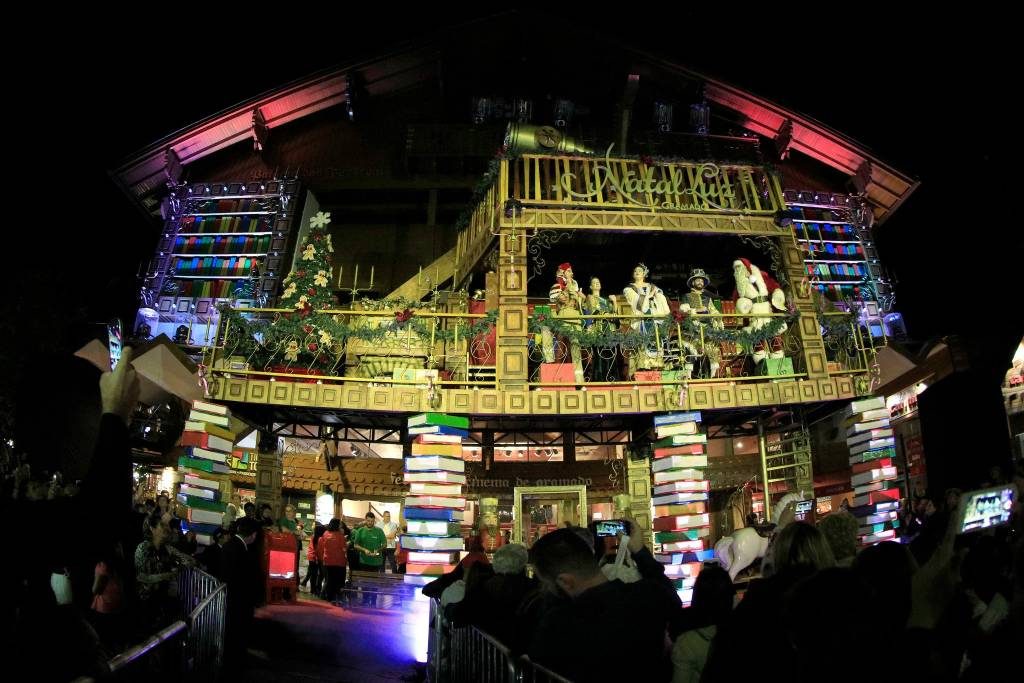 At the firing show, first a staging with Santa Claus, then a light show (Christmas Light Lawn / Disclosure)

When: Every day at 8 p.m.
Where: In front of the Palace of Festivals 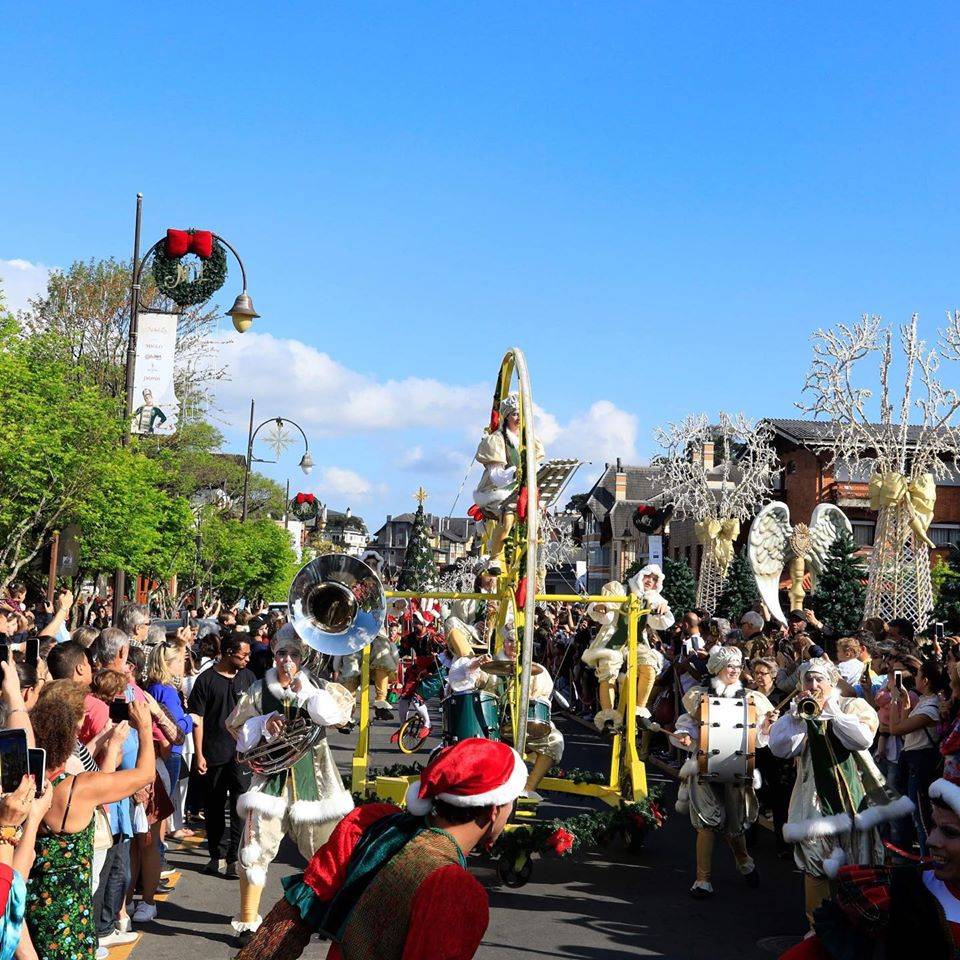 This show takes to the streets a free preview of the great Christmas Parade. Dozens of artists, including actors and musicians, parade along Borges de Medeiros Avenue with costumes, props and floats. Highlight for the Symphonic Wheel, a kind of mini ferris wheel with three musicians inside, playing drums, sax and lira.

When: Every Friday, Saturday and Sunday at 4 p.m. Extra shows on December 24, 25 and 31 and January 1, at the same time.
Where: Borges de Medeiros Avenue

During Christmas Light, the Ethnic Square houses a Christmas market with local exhibitors and Santa’s House, where the old man is ready to receive the little ones. At 16h, receives the visit of the Christmas Troupe. Open daily from 10am to 10pm 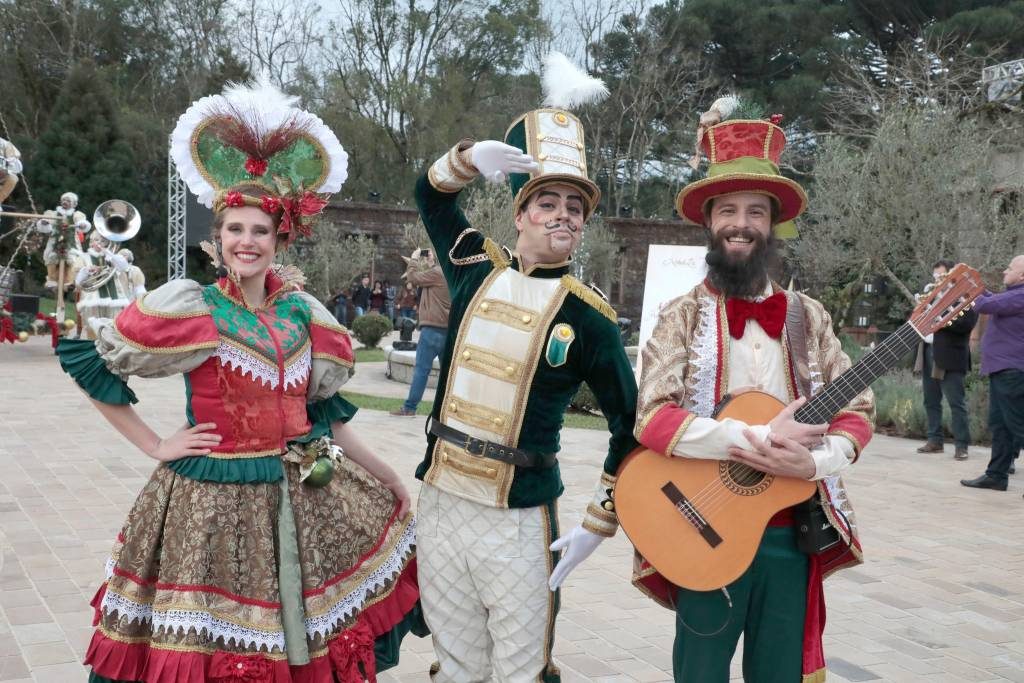 Six characters roam the city, telling stories, reciting poetry and humming Christmas carols. The traveling group walks through the center of Gramado, inciting the spirit of Christmas and provoking reflections on the meaning of the date. 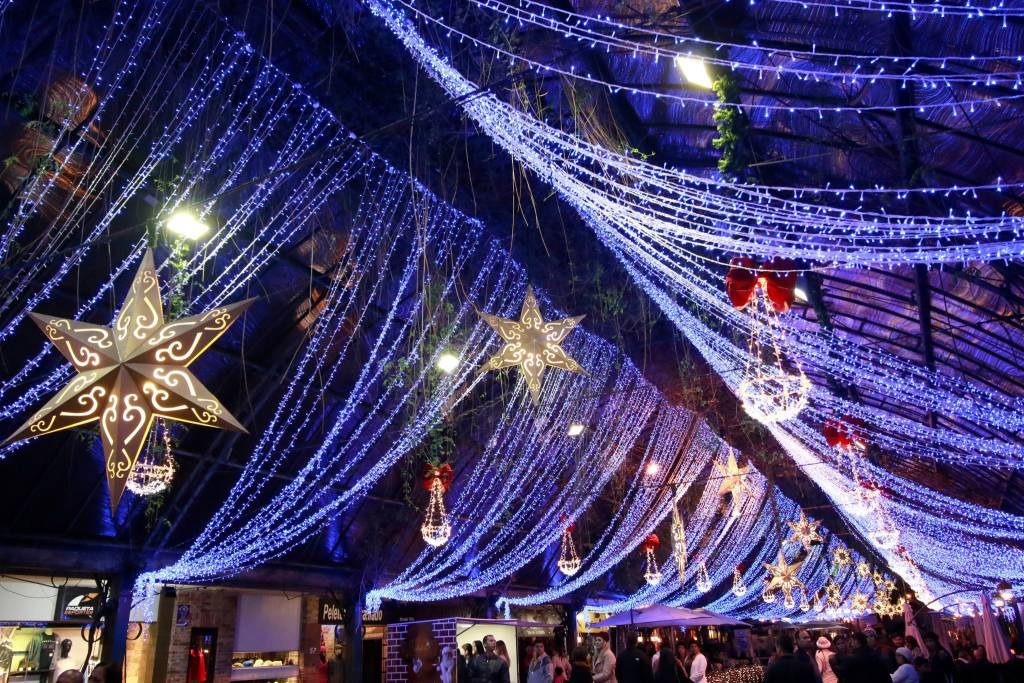 The Covered Street of Lawn, all decorated for Christmas (Christmas Light Lawn / Disclosure)

Famous meeting place and stroll through Gramado, with shops, cafes and restaurants, Rua Coberta receives different attractions throughout Natal Luz – such as music, theater and dance shows – daily, at 19h. Check out the schedule here.

On the most traditional Christmas tree in Gramado, invited gaucho choirs perform carols.

When: Fridays and Saturdays, 5:30 pm
Where: Christmas Tree of Gramado

Along Avenida Borges de Medeiros, locals and tourists can gather to decorate the local pines and further color the city. It is a collaborative activity with a lot of music. 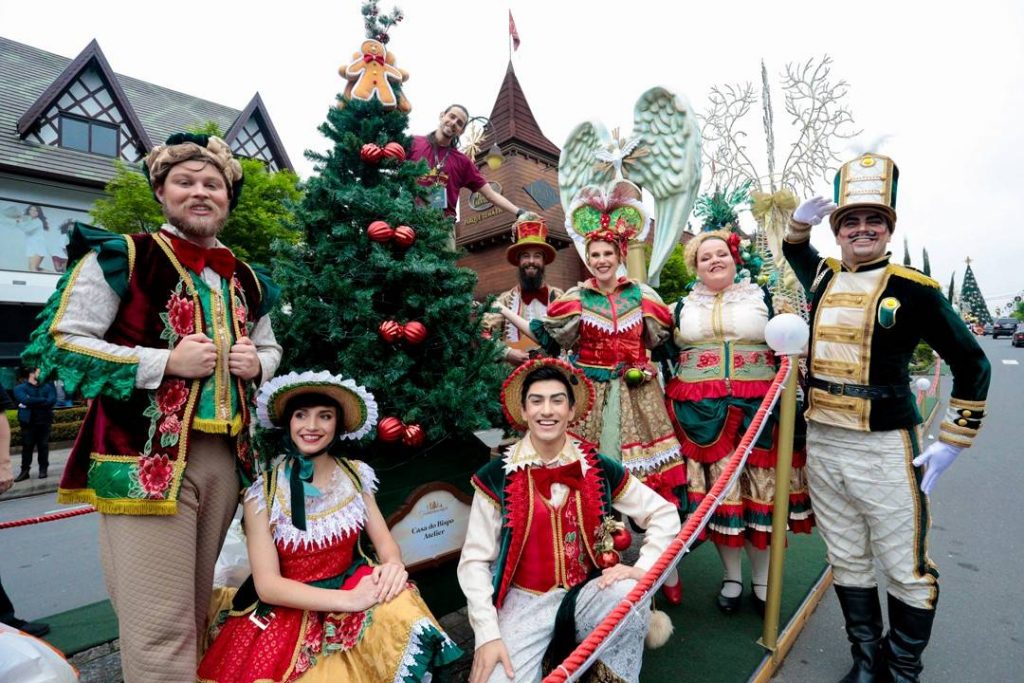 When: Every day, anytime
Where: Borges de Medeiros Avenue