Amazon in talks with airline Azul to ship across Brazil 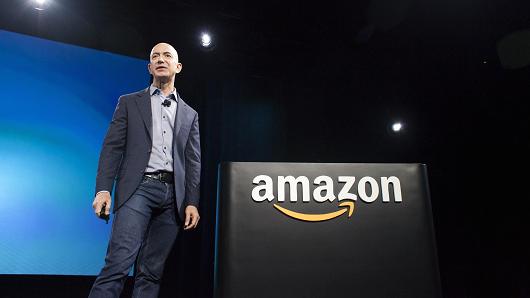 Amazon is in talks with Brazilian airline Azul SA on shipping goods in the country, two sources with knowledge of the matter told Reuters, in the latest sign of the retailer’s big plans in Latin America’s largest economy.

The talks with Azul, which serves over 50 percent more Brazilian airports than its nearest rival, are the strongest signal yet that Amazon is lining up distribution to sell products directly to consumers throughout the country.

It also shows that the U.S. e-commerce company is serious about overcoming the nation’s notorious logistical challenges, including shoddy roads, security problems and a national territory greater than the continental United States.

Representatives for Azul declined to comment on the talks.

Amazon said it did not comment on “rumors or speculation.”

E-commerce accounts for around 5 percent of Brazil’s roughly $300 billion retail market, about half its share in the United States. Yet Brazil’s online sales have doubled in four years and are expected to grow at a double-digit pace in coming years.

Currently, Amazon relies on third-party vendors to ship their own goods sold on its Brazilian website, but that appears to be changing.

In February, Reuters reported that Amazon was looking to lease a 50,000-square-meter warehouse just outside Sao Paulo, in a sign the retailer may bring storage and distribution in-house.

In March, Reuters reported that the company met with an array of manufacturers in Sao Paulo to discuss plans to stock and sell products directly.

Both developments drove down shares in Brazilian e-commerce competitors, such as Magazine Luiza SA and B2W Companhia Digital SA. MercadoLibre has also fought Amazon tooth-and-nail in Mexico and Brazil.

By partnering with Azul, Amazon would immediately gain access to a network of more than 100 airports in Brazil, implying its ambitions go far beyond metropolitan Sao Paulo.

Azul has built up an 18 percent share of Brazil’s domestic air travel market over the past decade by flying regional jets and turboprop planes into second- and third-tier cities underserved by other carriers.

The company offers shipping to more than 3,200 municipalities, as well as a specialized e-commerce service known as Azul Cargo E-Commerce. Azul’s hub, Viracopos International Airport, is about a 45-minute drive from the warehouse Amazon has been eyeing northwest of Sao Paulo.

The sources, who requested anonymity as the negotiations are confidential, did not specify how advanced conversations were, nor did they say if the retailer has also engaged Azul’s rivals.