The director of Alitalia in Brazil, Nelson de Oliveira, took advantage of the first night of pizza, in a virtual meeting organized by Enit (Tourism of Italy), to announce that the company will fly back to Brazil in September.

According to him, there should be three weekly flights between Rome and São Paulo, and gradually the company will resume its capacity until reaching the three daily flights between Brazil and Italy (two from Guarulhos and one from Rio).

“Alitalia had never stopped flying to Brazil in over 70 years, but we do not need to detail the impact of the pandemic on aviation. The company is in the process of resuming, guaranteed government support in the restructuring (like Alitalia Tai, which will be launched soon), and we returned in September with our flight to Brazil”, said the executive.

Fernanda Longobardo, director of Enit, said that Italy is quite strict with health measures to combat COVID-19, and today it is a safe country. “Soon, the Brazilians will be back, and we will be eating this pizza in Naples or another Italian destination.” 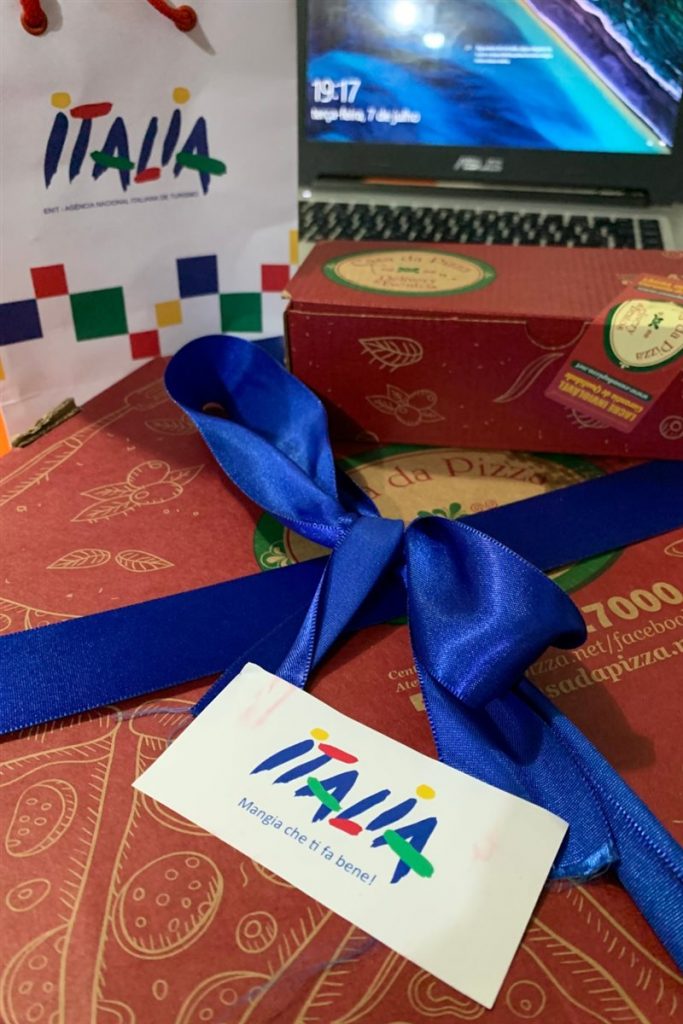 Enitvai will hold 25 meetings with travel agents, operators, and journalists, in a total of 500 pizzas for the participants, to show that the destination is ready to receive Brazilian tourists back. “Enit is present in Brazil and available to all trade for any information about protocols, attractions, destinations”, he said. Enit also started working with influencers to publicize the gastronomy of Italy in this pre-retake.

This first meeting was attended by guests such as Nelson de Oliveira, from Alitalia, Magda Nassar, from Abav, Roberto Nedelciu, from Braztoa, Lucila Nedelciu, from Raidho, Luciane Leite, from WTM Latin America, Clovis Casemiro, from IGLTA, and Marco Ferraz, from Clia, among other guests. Each participant received at home a pizza and a dessert (from Casa da Pizza), as well as a guide about Italy.