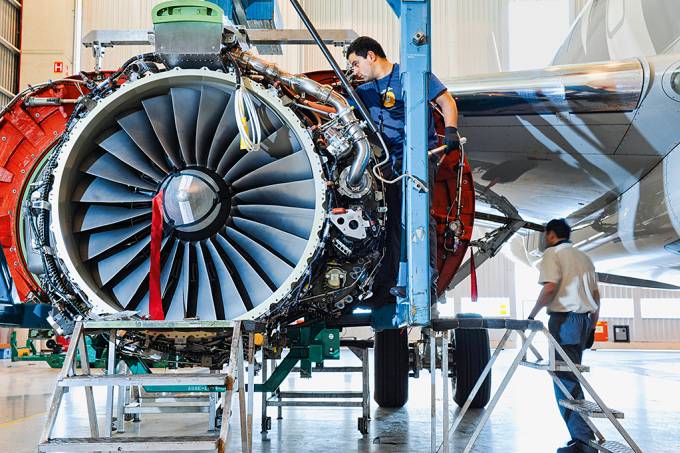 After suffering a setback in the purchase by Boeing and amid the biggest crisis in the history of the aviation industry, Embraer is restructuring itself to try to survive the two blows it took in the first half.

At the top of the company’s hierarchy, changes began in June, with the replacement of four vice presidents and a director. Among engineers, the climate is tense with the possibility that the cuts will start to be made at other levels.

Even before the crisis resulting from the pandemic, which paralyzed the airline industry, the company already had almost half of its 5,000 engineers partially idle, according to what Estadão learned.

With significant projects recently completed, such as the developments of the C-390 Millenium military freighter and the E2 commercial aircraft family, the demand for the work of these professionals has plummeted internally.

It was already expected that, after the conclusion of the sale of the commercial aircraft division to Boeing, Embraer would dry its staff. When the current president of the company, Francisco Gomes Neto, had his name announced for the position, 15 months ago, the comments in the market indicated that he would aim to make Embraer more efficient, reducing all possible expenses, which would imply layoffs.

The executive’s task, however, became more arduous with the withdrawal of the purchase of part of the company by Boeing and with the coronavirus crisis. Amid the pandemic, aircraft sales are expected to plunge in 2020 and, according to experts, will not recover in less than three years. In the first half, the Brazilian delivered 31 aircraft; in the same period of 2019, it had been 73.

As if that were not enough, the aircraft manufacturer spent R $ 485.5 million last year to separate the business unit that would go to Boeing. With the agreement broken, the priority now is to save money.

To this end, the company has already suspended contracts, reduced working hours, and launched a Voluntary Dismissal Program (PDV) that was not accepted by the unions.

Sought, Embraer affirmed that, since the beginning of the pandemic, it has made “efforts to preserve jobs, such as collective vacations, reduced working hours, suspension of contracts, paid leave and a Voluntary Dismissal Program”.

In a note, he also said that he would continue to implement “measures to maintain talents and competencies throughout the production cycle while seeking synergies to adapt to the new reality of the global market”.

Even before Gomes Neto came to the helm of the company, McKinsey consultancy was hired in 2017 to reorganize Embraer. The consultancy’s diagnosis pointed to the need to simplify Embraer and eliminate vice-presidencies, a program that was partially fulfilled at the time.

Internally, engineers were considered practically untouchable. The wing closest to the graduates of the Instituto Tecnológico de Aeronáutica (ITA), however, has been losing space at the company’s top.

The market situation also makes it very difficult for engineers to resist restructuring. Because of the pandemic, Boeing has already announced that it will lay off 16,000 employees. At Airbus, the cut will be 15,000 employees or 10% of the workforce. So far, only Embraer has not released termination plans.

Murilo Pinheiro, president of the Union of Engineers in the State of São Paulo, states that he has been following discussions on the reduction of working hours and suspension of contracts, but that the entity has chosen not to discuss the POS because it considers the proposal “derisory.” “It was a layoff,” says Pinheiro. The offer was a payment of 10% of the salary per year worked.

With the conversations with the union, the company has, for the time being, developed a project similar to what McKinsey had planned in the past, simplifying its structure and trying to gain efficiency. Departments that had been duplicated, given that one would remain at the remaining Embraer and the other would go to Boeing, are being unified again – which also makes room for layoffs.

The task, however, is a long one. Employees have been working with different business management systems at the same time, as in January, they had been separated as needed to complete the sale to Boeing.

The hope of some of these employees is that new projects will get off the ground in the coming months, expanding the demand for their jobs and reversing the need for dismissal. The company has already commented on the possibility of creating a turboprop commercial aircraft aimed at the regional market and, at the end of last year, signed a memorandum of understanding with the Brazilian Air Force (FAB) to study a new light military transport aircraft.

Although the projects are carried out ahead, the number of engineers needed to develop them is small when compared to what was required to create the C-390 Millennium or the E2. The possibility of the coronavirus crisis leveraging the sale of smaller commercial aircraft, such as Embraer, is also viewed with reticence, given the large volume of used aircraft of this model available on the market today.