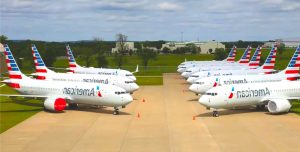 American Airlines, the largest carries in the world, and major player in the international air travel in all Latin America, because of decreased demand caused by the Covid 19 virus, is canceling 55,000 flights in April, and grounding half of its aircraft fleet, or 450 planes.

All international long-haul flights have been suspended at least until May 06, including routes operated from Miami International Airport to Aruba, Brazil, Chile, Colombia, Ecuador, Guatemala, El Salvador, Saint Maarten and Peru

Flights from US  to Europe were grounded also, with the exception of one flight daily from Miami and Dallas to London, UK, and 3 flights from Dallas to Tokyo Narita per week.

Flights to other Caribbean and Central American destinations are being handled on a nation-by-nation basis, as each has instituted different travel restrictions due to the virus.