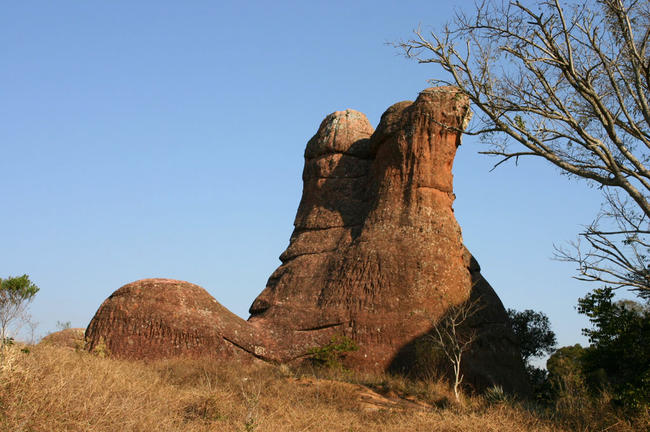 Considered the main natural attraction of Ponta Grossa, this Conservation Unit is composed of three main attractions: Sandstones, which are rock formations that have varied shapes, such as: the cup, the camel, among others; Pits, which are characterized by large collapse wells with lush vegetation and water inside (underground water table) and Golden Pond that bears this name because its waters turn golden when reflecting sunlight. 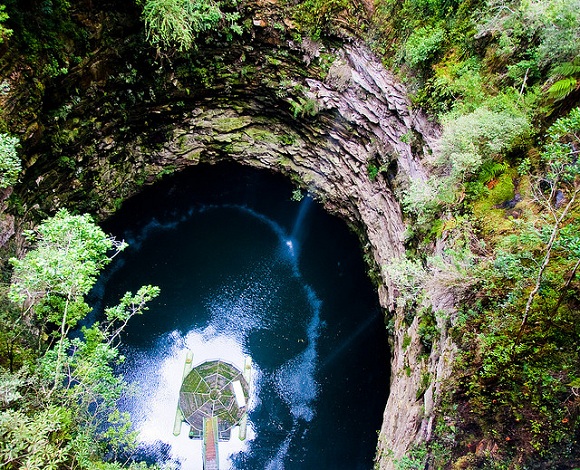 The Conservation Unit is a leisure option for the public who wants to contemplate nature and enjoy different adventures. The tours are promoted by the Paraná Environmental Institute (IAP) in conjunction with guides and drivers of ecotourism. 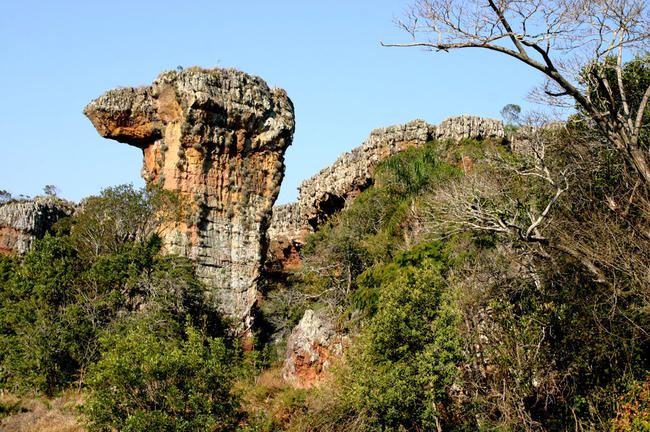 – Fortaleza Trail: 16 km route through the primitive areas of the Park. Single value of R$ 40,00 per person.

– Night Walk: This tour is performed on Full Moon and New Moon nights with the dates already set. It has a course of 5 km and duration of 4 hours.

The values ​​of the Night Walk are: R$ 60,00 whole and R$ 30,00 half (half-admission is valid for students, state government employees, blood donors or residents of the municipalities belonging to Campos Gerais, provided they prove with voter or proof of residence).

– Bicycle tourism: 21 km route through the internal roads of the Park, has a unique value of R$ 30,00 per person. (Usually occurs once a month).

Vila Velha State Park was created in 1953 to preserve the sandstone formations and native fields of Paraná. Listed as a State Historic and Artistic Heritage in 1966, it has over 3,000 hectares. Among the fauna present in the park, many endemic and endangered species have been found, such as the maned wolf, red howler monkey, giant anteater, ocelot and birds such as the gray eagle, purple-breasted parrot, rooster, hawk and black-tailed bridle. There are also coatis, wild cats, wild dogs, irara, ferret, collared peccary, deer, armadillos, woodpeckers, doves, partridges, giant anteaters, and many other types of birds.

The Vila Velha State Park, which was revitalized during 2002 and 2004, had some of its areas recovered. All tours are made by trails and accompanied by guides from the park itself. 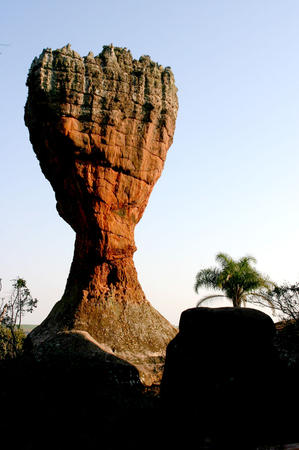 Food:
There are cafeteria on site, restaurants near the park (3 km) and place that can be used for picnic.

Structure:
There is a visitor center, restrooms, parking and souvenir shop.

For a quiet visit, we suggest that you arrive early at the Park (especially on holidays) to secure your tickets, always remembering that the carrying capacity is 800 people per day.