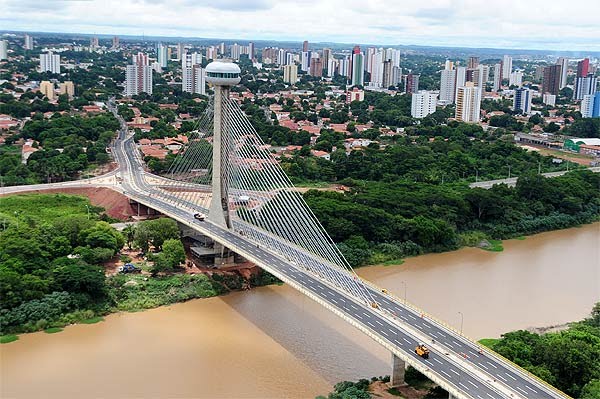 Teresina is located in Piaui, it is the capital city of Piaui state of Brazil. It is the most popular city of the state. It is located in north-central Piaui and it is 366 km from the coast, it is the only capital in the Brazilian Northeast that is not located on the shores of the Atlantic Ocean. The city is highly populas with the average population of around 814,439 inhabitants. Timon is located in the state of Maranhao, itnis nearby to Teresina, and together both the cities combine have 953,172 inhabitants. The two cities are separated by Parnaiba river, which is one of the largest river of the Northeast Brazil

The city was founded on August 16, 1852 and it was named as Vila Nova do Poty, because it was situated near poti river. Earlier the city was the hub of fisherman who use to do fishing in the Poti river.Later on In the 19th century, the city was renamed Teresina, in honor of the Empress Teresa Cristina, the wife of the Emperor of Brazil, Pedro II.

From January to May, due to the rains, the weather is warm and wet, while from June to August the climate gets dry with relatively cool nights. In September to December the weather becomes hotter and humid.

Teresina has an average temperature around 27 °C, with a minimum of 20 °C in July and a maximum of 3 degree C in October. The lowest ever recorded in Teresina was 12 °C in June, while in the hottest season, the record exceeds 40 °C in October.

Point of attraction in Teresina:

How to Reach there: