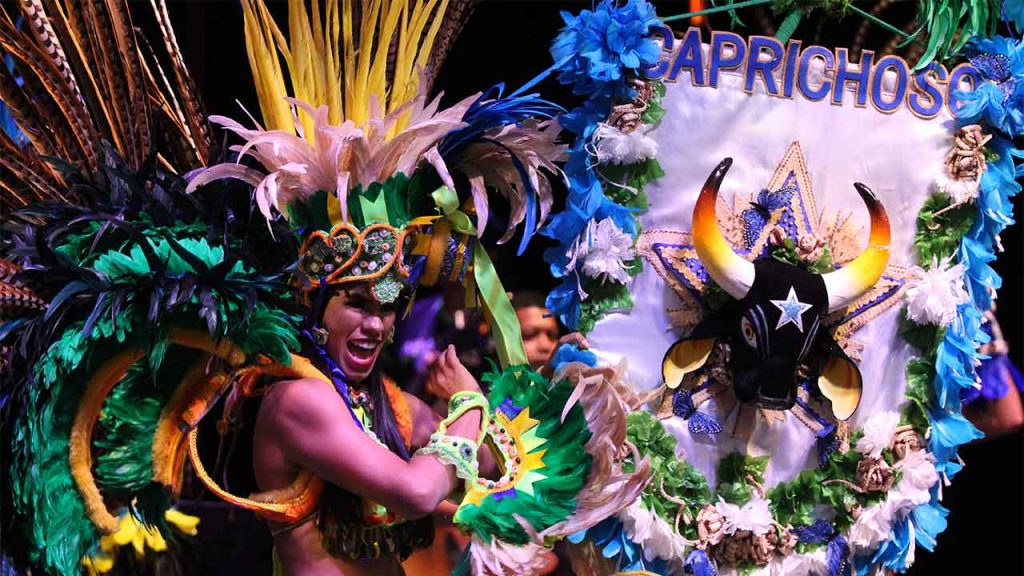 Parintins is a municipality situated in east of the Amazonas state of Brazil. It is a part of a microregion also which is also named as Parintins. The population for the entire municipality is not more than 109,150 and it is situated in an area of 5,952 km². The city is located on Tupinambarana island in the Amazon River. Parintins, like nearly all other Brazilian municipalities, was originally inhabited by indigenous peoples. It is discovered in 1749 by an explorer named as Jose Goncalves da Fonseca, who while the exploration of amazon river noticed an island which is located on the right bank of the river Amazon.

He came along with the slaves who use to help him in agriculture and farming. Soon after the slaves unite and started a tradition for which the palce is well known.

Parintins is known for a popular folklore festival held annually in June called Boi-Bumba. Boi Bumba is a popular cultural celebration of Amazonas, It is one of the largest the annual festival after carnival, held in Brazil. It is often known as Festival do Boi-Bumba, or Bumba Meu Boi, or simply Festival, the event takes place during three days in late June. The festival celebrates a local legend about a resurrected ox. It is also a competition where two teams, Garantido and Caprichoso, compete in extended retellings of the story, each team attempting to outdo the other with flamboyant dances, singing, and parade floats. Each team has to complete its show within two and a half hours. A team that does not follow this time limit is subjected to points penalties. Each nightly performance is largely based on local Amazonian folklore and indigenous culture, but also incorporates contemporary Brazilian rhythms and themes. The place where the teams present themselves is called “Bumbodromo”, a round, grounded stage. The “Bumbódromo” supports 35.000 people in the audience, and it is type of auditourim where all the visitors gathers.

Despite the importance of the celebration to the Amazonas region of Brazil, this festival was not widely known in other parts of the country until the musical group Carrapicho released the hit Bate forte o tambor in 1996.

It is common for local people to tell the visitors that Parintins is the only place in the World where Coca-Cola ads are blue. While it is true that within the Bumbodromo there are Coca-Cola ads in both red and blue, there are other instances of Coca-Cola ads reflecting the colors of sporting teams. During the 2011 Festival do Boi-Bumba, Coca-Cola was available throughout Amazonas region in special edition cans that were half red, half blue.

So If you are planning to visit the festival don’t forget to carry red and blue color clothes which also depicts the color of two bulls. Once you enter the crowds, remember not to cheer during the opposite group’s presentation, because it can decrease the score of the crowd you are in.

Except for the cabins, there are no neutral zones at the Bumbodromo. Because of that, in case you don’t choose a bull to cheer for, try to dress in colors such as white, black, green and yellow, for example.

95% of the tickets are free and the other 5% are sold by different companies each year. In case you still cannot get a ticket, you can watch the presentations in one of the five huge screens that are placed outside the Bumbodromo.

Remember to book you flight tickets and accomodation in advance if you are not localite, if you dont want to search the accomodation after reaching the place. There a plus point while visiting the festival, that is as this place is located in Amazonas you can visit amazon basins after witnessing the festival.