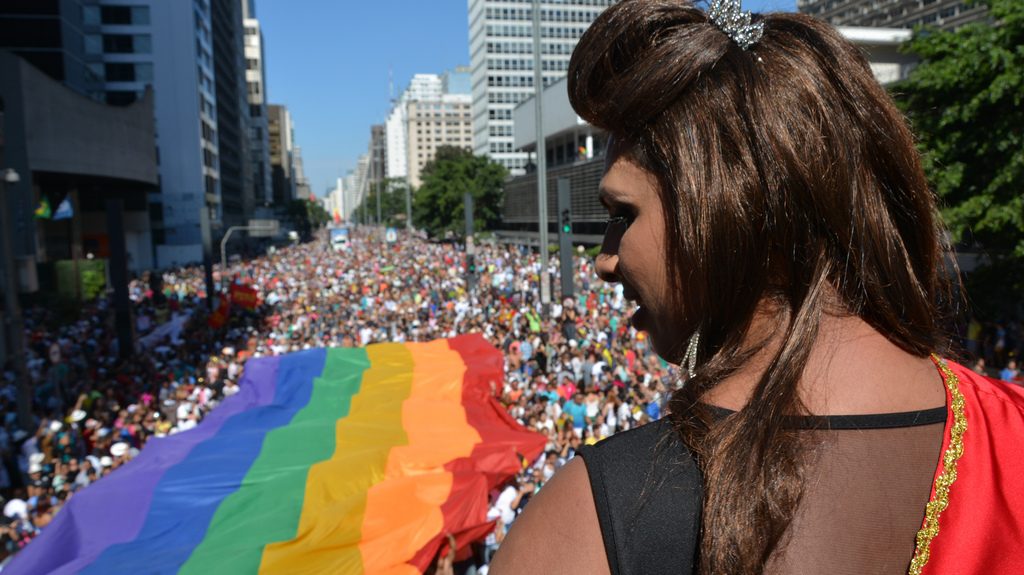 “Never ever apolozie for who you love, take pride on who you are” this statement is so true, and when you are surrounded by postive people, who make you beliave in your stregth, you will start relying more on this statment.

The same scenerio and postive vibes can be seen and felt at Sao Paulo LGBTQ pride parade. Where you can find you inner soul, peace of mind, and can observe why you need to take time out of your busy world, by simply staying like who you are. Free soul. Boundless human.

You can see those free souls every year in Sao Paulo where annual LGBTQ pride parade held. It is an annual gay pride parade that takes place in Avenida Paulista, in the city of Sao Paulo, Brazil, since 1997. The 2006 parade was considered the biggest pride parade in the world, at the time it got recorded in Guinness Book of World Records. In 2010, the city hall of Sao Paulo invested R$ 1 million reais in the parade. The event is the second largest of the city and also selected as the best in the world by a renowned magazine.

The Pride parade is organized by the APOGLBT, Associacao da Parada do Orgulho de Gays, Lesbicas, Bissexuais e Travestis e Transexuais, since its foundation in 1999. The major attraction of the parade is marching. In 2009, 3.2 million people attended the 13th annual Sao Paulo Gay Pride Parade.

The meeting point of the larade is the Museu de Arte de Sao Paulo, situted right at the middle of Sao Paulo’s postcard Avenida Paulista. Generally the parade starts at 2-3 at noon, but you have to come early to reserve your apot. The parade is 2.6 miles long and starts at Avenida Paulistaat. It follows Rua da Consolacao to the end at praca roosevelet, in sao paulo downtown area, at around 10 PM.

This pride parade is supported by the State and the City of Sao paulo, including the goverment authorities. Approx 2,000 cops stay on duty during the parade, with two mobile police station is created for immediate reporting of occurrences, the venue js decked with 30 equipped ambulances, 55 nurses, 46 doctors, 3 medical camps and 80 beds, to manage the emergencies occured during the event.

The Gay Pride Parade is also supported by the the governer and mayor of Sao Paulo. Many politicians show up to open the main event and the government often parades with a floats. Many big comapnies, banks and bussiness tycoons fund the event, last year the parade has received about 400,000 tourist and received between R$ 180 million and R$ 190 million.

During the festivities, there are debates and readings, awards for respect of gender diversity and cultural fairs. There is an extensive schedule aimed at LGBT culture and the city welcomes visitors from Brazil and all over the world for the event.