Are you a globe trotter who wanders around for new experiences? or an environmentalist who want to escape in the lap of mother nature? If you are one of the above or both, surely you would have searching for a place with a pristine view. If you want to witness the diversity of nature, give Brazil a thought, we are inviting you to visit the country of vivid flora and fauna. Apart from skyscrapers and concrete jungle of Sao Paulo, Brazil has much more to offer, and we all are not unaware of the fact that Brazil is home to worlds largest tropical rainforest the great Amazon, and worlds largest tropical wetland area the Pantanal. There are around 69 national parks in the country which features mountains, rocks, wetland, rivers, waterfalls, wildlife and everything a nature lover crave for. We have finally come up with a list of some magnificent beauties of nature “Top national parks of Brazil.”

The national park is situated in Maranhao state which is located in the northeast region of Brazil. The national park offers a breathtaking view to its visitors, the entire national park is spread in 383,000 acre and 70km of coastline, covered with huge white sand dunes which gives it the view of desert. During the rainy season the valley in between the sand dunes fill up with fresh rain water giving it a never seen before view. The park is home to various endangered species, the park witnesses around 60,000 visitors a year.

How to explore the beauty: The park can be explored on foot, 4 by 4 jeep or horseback. 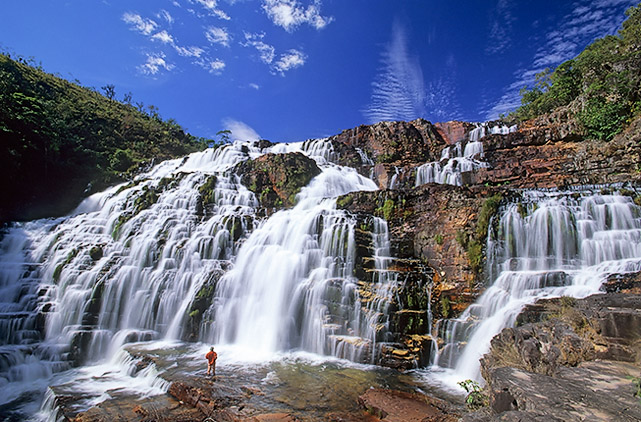 The national park is located in state of Goiás in central Brazil, it is known for its canyons and quartz crystal rocks the estimated age of this national park is around 1.6 billion years and acquires the area around 655 sq. kilometers. The environmentalist can witness numbers of waterfalls and natural water pools here. This park is home to 100 orchid species and wildlife species like armadillos, Jaguar, toucans etc. The park is maintained by Chico Mendes institute of biodiversity and it comes under UNESCO World heritage site.

Time to visit:Can be visit year around rainy season starts from December to February and the rest of time it remains sunny and hot.

How to explore the beauty:By car as the tourist spots are not close to each other or hitch hike. 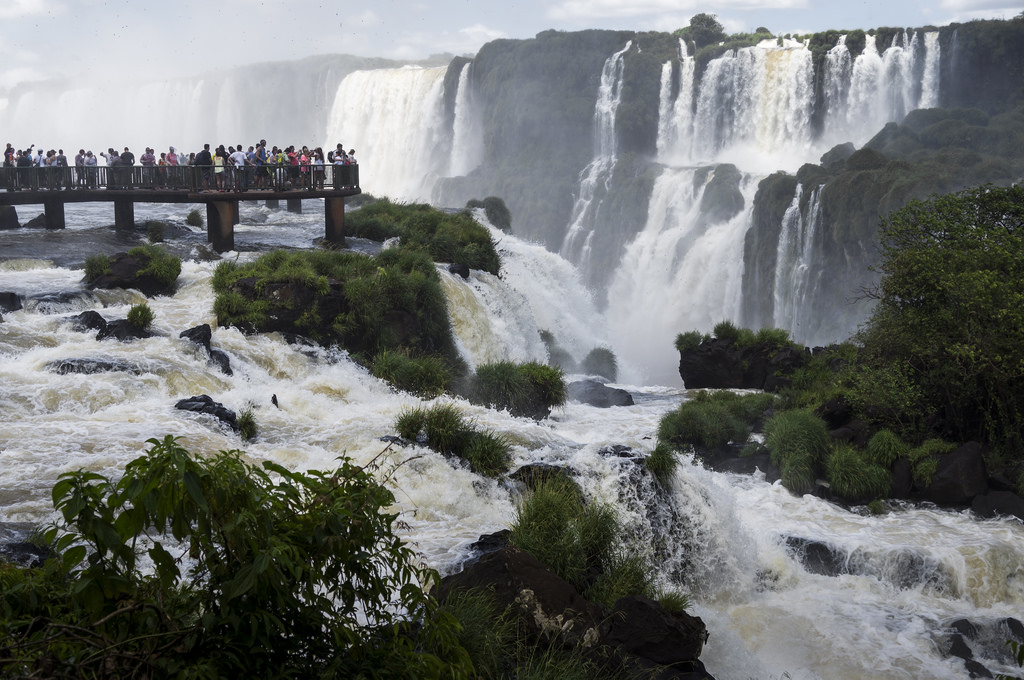 The national park is located in Parana state of Brazil, the area comes on the border of Brazil, Argentina, and Paraguay. It comprises the total area of 185, 262.5 hectare and length of about 420 kilometers. It is famous for huge waterbodies including waterfalls, pools, and ponds, it is the largest set of cascades in the world. The national park is home to various species of local birds. The park is most visited Brazilian national park and comes under UNESCO World heritage site.

Time to visit:December to February is rainy, humid season, but it is best time to visit waterfalls.

How to explore the beauty:Waterfalls can be visit on foot by following wooden bridges or by helicopter or boat. 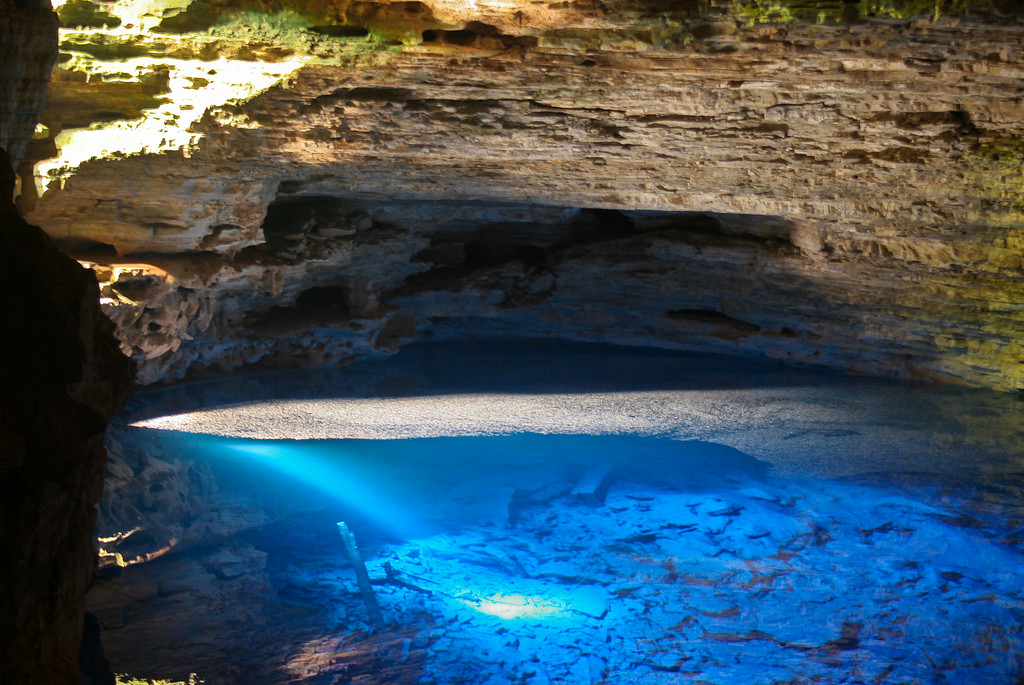 Also known as Diamond highland or plateau of diamond, it is named after 1844 when diamond was first discovered here by the miners. The national park is located in Bahia, located in eastern Brazil, it is one of the most pristine national parks of Brazil, it is famous for Poco Encantado and the Poco Azul, which is large water cavity filled with crystal clear striking blue water. The park comprised of rocks, water bodies, caves and other nature formations also the national park is nest of approx. 350 bird species. The Cachoeira da Fumaca waterfall which is so huge that the water which comes from the fall evaporates and turn into clouds before reaching the bottom. It also has other tourist spots like devils pool a pool with black water, the vast sandstone caves and old diamond mining town.

Time to visit:Novemberhere is rainy and pleasant season, February or march is perfect in terms of climate.

How to explore the beauty:walking, trekking.

The national park is located in Rio de Janeiro, Brazil, it comes under Atlantic forest biome, and due to high rainfall, it has rich vegetation which includes more than 2800 species of plant in which 360 are orchid and more than 100 are bromeliads.it protects Serra dos Orgaos mountain range and water bodies in the range. It was the third oldest national park of Brazil. It is most popular for the mountaineers who come to this place from across the globe for adventure. The park has 10 peaks over 2000 meters high and most famous peak is Dedo de Deus also know as God’s finger the name came because it appears like a large finger pointing towards sky.

How to explore the beauty:Hiking, mountaineering. 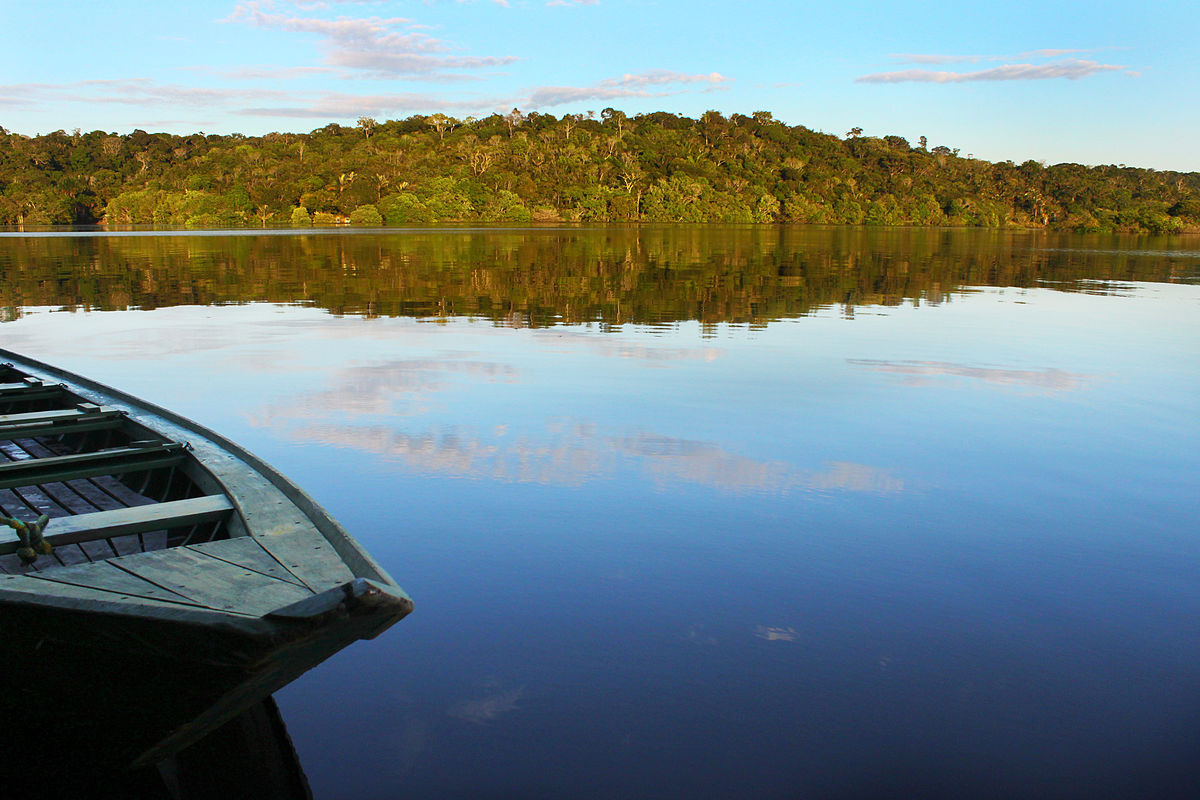 The national park is located in Amazonas state in the northwestern part of Brazil, it is a heritage site and largest forest reserve of south America. The national park mostly comprised of dense forest, the forest contains three major rivers namely Jau, Unini, and the Carabinani. The national park is home of around 400 species of plants and 260 species of fish including gilded catfish or Jau after which the Jau river of the park is named. The park covers the area of 2,367,333 hectare.

Time to visit:The park is open year around its climate is like typically rainforest hence it remains moist mostly. The best time to visit is July and September and December to April witness heavy rainfall and least favorable time of the year.

How to explore the beauty:Forest jeep, forest walk. 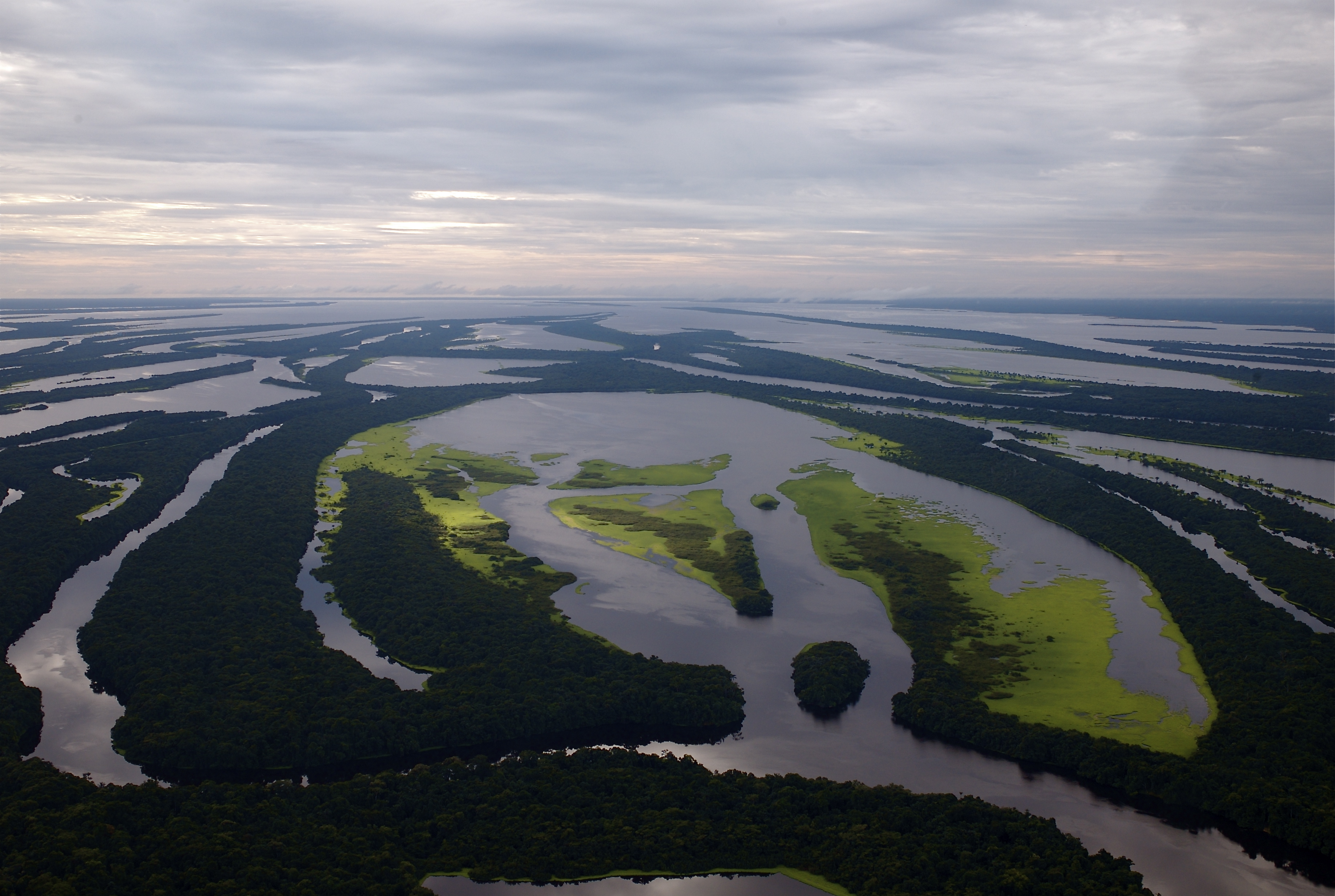 The national park contains most of the area of Amazon basin situated in Rio Negro it protects 400 islands, which makes it a part world heritage site. The park is managed by chico mendes institute of biodiversity and it play a critical role in scientific research and conservation. It is spread in area of 866,000 acres. The park contains several forest and lake ecosystems which support various species of plants and animals including giant otter, the amazon river dolphin, the giant anteater, the jaguar, the giant armadillo etc.

Time to visit:Feb to August is high water time which is suitable to access forest via boat and if you want to explore the forest on foot it is best suited to visit there between August to February.

How to explore the beauty:Through Boat, forest walk. 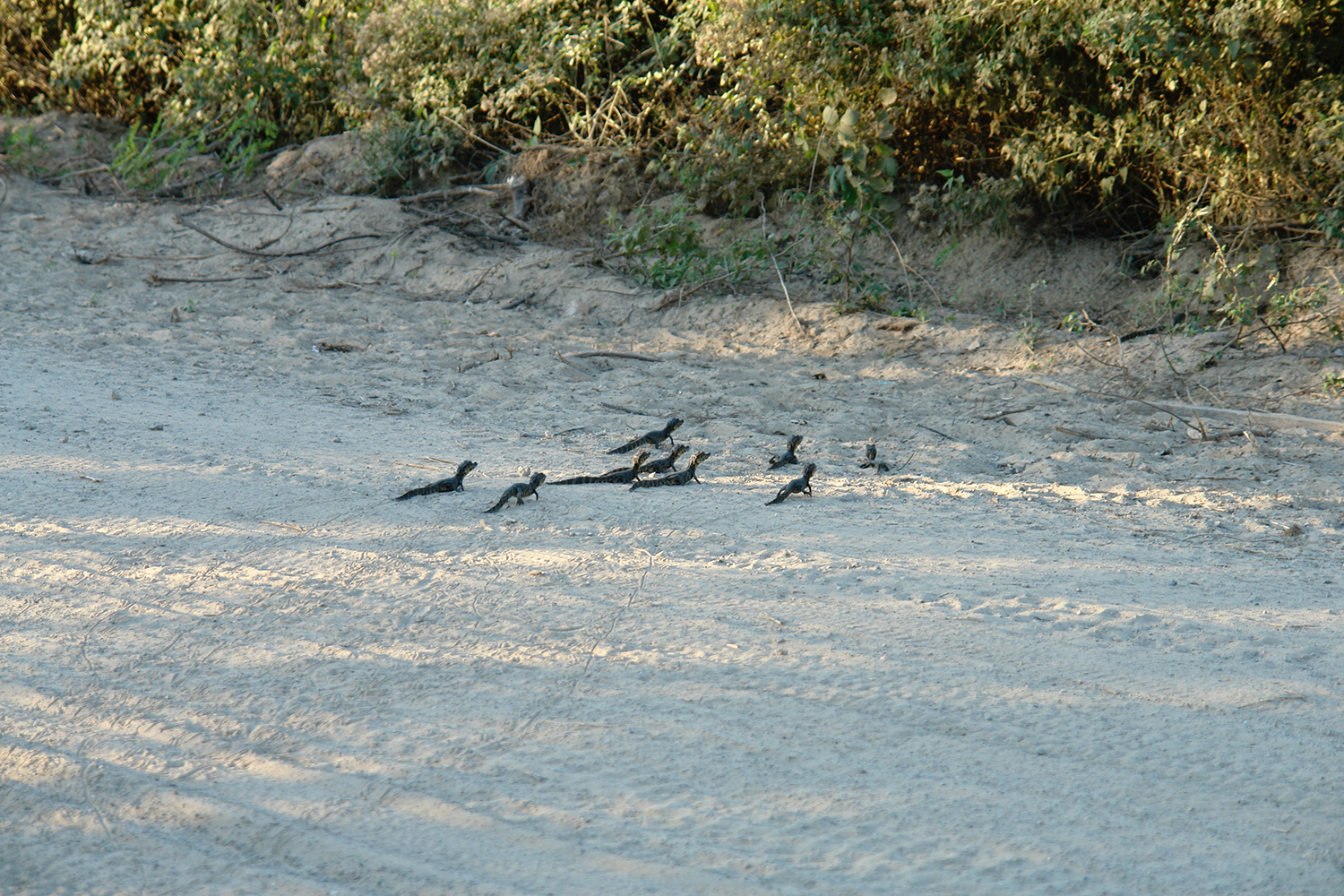 Pantanalis the largest wetland on earth, it is one of the most ecological diverse national parks in the region of Brazil. Pantanal is the single place on earth to watch wild Jaguar most frequently., other than this the park is give you opportunity to watch various bird species and animals like black howler monkey, tapirs and hundred of caimans.

Time to visit:May to September is best suited for a visit.

How to explore the beauty:Riverboat 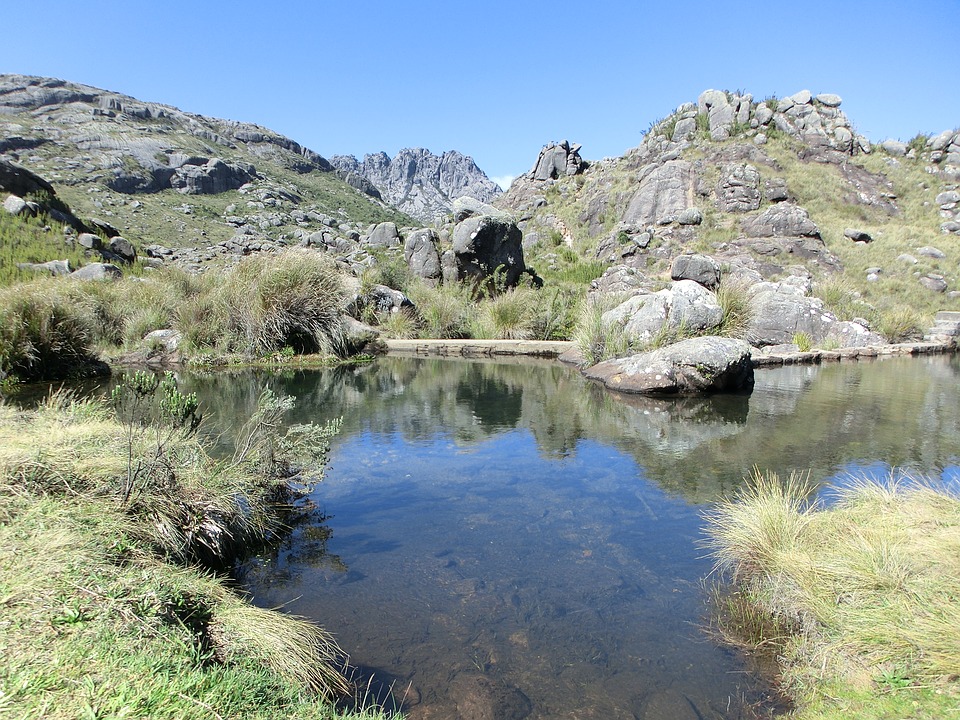 The national park is located in Mantiqueira mountains of southeastern Brazil, it is the oldest national park of the country. The park has everything to offer to its visitor it has rare muriqui monkeys, colorful birds like toucans and Atlantic royal flycatcher, the waterfalls like towering bridal veil, rocky peak like black needle and splendid view of valleys.

How to explore the beauty: Trekking, hiking, climbing

The national park is located in central Brazil, 62 km far from the city of Cuiaba, the capital of Mato Grosso state. Spread in 80,600 acres area, it ensures the preservation of natural and archaeological sites. It is rich in waterfalls, canyons and other ecological diversity. This place is famous for its cave paintings which are preserved till date. The park is home to anteaters, deer’s, and wolves.

Time to visit:April to September

How to explore the beauty:Forest walking

We have given you many choices to plan your itinerary accordingly, we are waiting for you visit to Brazil, hope you find the blog informative, we will be back with more blogs till then stay tuned, stay eco-friendly and preserve nature 😊