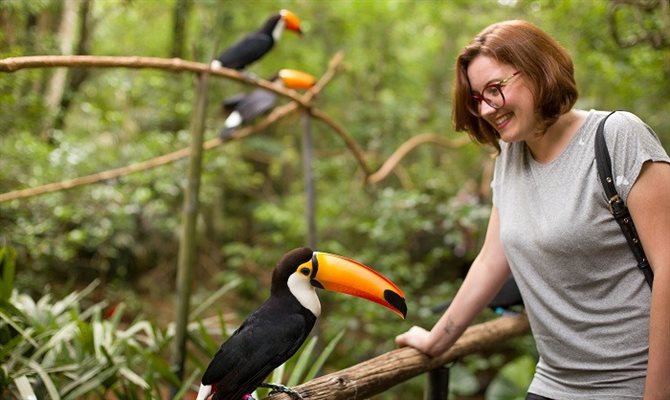 “In a year so complicated on the environmental issue, the historical record of visitation represents the direct response of the visitor to our attraction, whose mission is the care of birds of the Atlantic Forest,” says the managing director of Parque das Aves, Jurema Fernandes.

In 2019, the park underwent several changes, such as the redesign of the trail and its consolidation as the Atlantic Forest Species Integrated Conservation Center. According to Jurema, since then all efforts are for the conservation and preservation, mainly of the 120 threatened bird species and subspecies of the Atlantic Forest.

The expectation for 2020 is to reach the one million visitor mark and increase the number of foreign tourists, especially with the visa waiver for the United States, Canada, Australia and Japan. The most anticipated new feature for this year is the new two-star complex. Immersion nurseries – named Cecropia – which will house parakeets and toucans rescued from trafficking and ill-treatment.

“We understand that the rational use of the Atlantic Forest in order to promote environmental awareness of visitors provides social development through direct contact with nature. What sustains this premise is that the Bird Park has been exceeding its expectations of tourist flow year by year, ”says the director.

Parque das Aves is the only institution in the world focused on the conservation of the beautiful and exuberant birds of the Atlantic Rainforest, offering an up-close, immersive and charming experience with them. When you visit Bird Park you also learn about what we do to help reverse the conservation crisis that these birds and the Atlantic Rainforest are experiencing. Here you can have a complete experience of connection and knowledge about birds and their forests, the natural heritage of global importance at your fingertips.