The impact of COVID-19 for air transport in Brazil and measures to deal with the crisis at airports. These were the themes of the debate held on the 19th by Necta and Fenelon Advogados in a series of webinars that brings air issues as a theme.

On the agenda of the meeting, a decision of the day gained special attention. The guests evaluated Technical Note nº101 / 2020 / SEI / GIMTV / GGPAF / DIRE5 / ANVISA, by Anvisa, which recommends sanitary measures for Brazilian civil aviation. The text, prepared by a working group that has Anac and the Ministry of Infrastructure, reinforces the need for passengers to wear a mask during the entire trip, delimits rules for the on-board service, and suggests maintaining the social distance of at least two meters at airports.

Praised by the panelists, who highlighted the fact that Brazil is in line with what happens in other countries, the technical note was highlighted by Azul’s director of alliances and institutional relations. According to Marcelo Bento, the company still has some reservations due to the measure having a recommendation effect. For him, the tone of determination would be more appropriate. “If it is a recommendation, we end up not having the power to determine that a passenger wears a mask, for example. We know that this happens and cause wear and tear for the crew”, he points out. 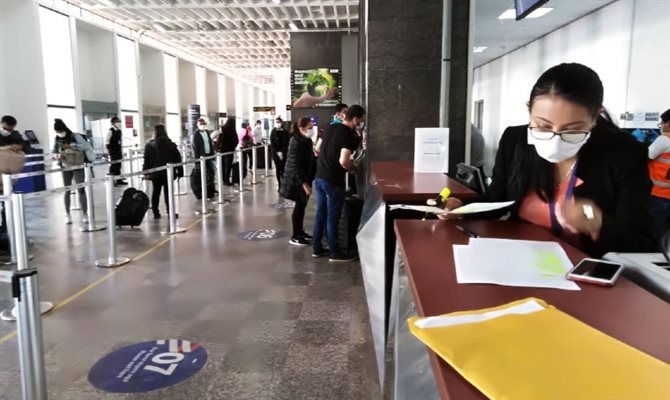 For the executive, there is an educational mission that is linked to the set of measures placed for the segment. “These protocols need good communication and we need a lot of help from the health authorities and the airports themselves in this regard”, he says.

The joint work underlined by Bento was also one of the points of Renato Alencar Porto’s speech. For the former director of Anvisa, the ongoing crisis has already shown the importance of the collaborative vision, which applies both to the relationship between public and private as well as to the link between the citizen and the regulatory body. For the lawyer, the passenger and his understanding are at the most important point to make the protocol work.

“The big change is going to be the perception of the passenger himself, in the sense that he needs to protect not only himself but also the entire environment,” says Porto. Also according to him, even though it is only a recommendation, the technical note has a control and autonomy effect for the airport authority to influence a passenger boarding or not.

Rafael José Botelho Faria took the opportunity to emphasize that the working group that generated the measures in force at Brazilian airports has reasoning that coincides with what is thought around the world. “We talk a lot about harmonizing protocols and here we are discussing the same thing as the rest of the world”, he says. “We raised technical requirements with Anvisa and then we brought this to the sector, fitting within our rites”, he reinforces.

The director of Anac recalls that the airport sector in Brazil has made considerable leaps in the last decade with the holding of international events. The experience gained in these periods facilitates the implementation of measures.

Faria also considers that some passenger routines need to be revised in the current situation. “The act of getting up immediately when the aircraft lands is something that can no longer happen to avoid contact. Now the landing will have to be done in order of ranks. These are medium-term actions that we are implementing,” he adds.