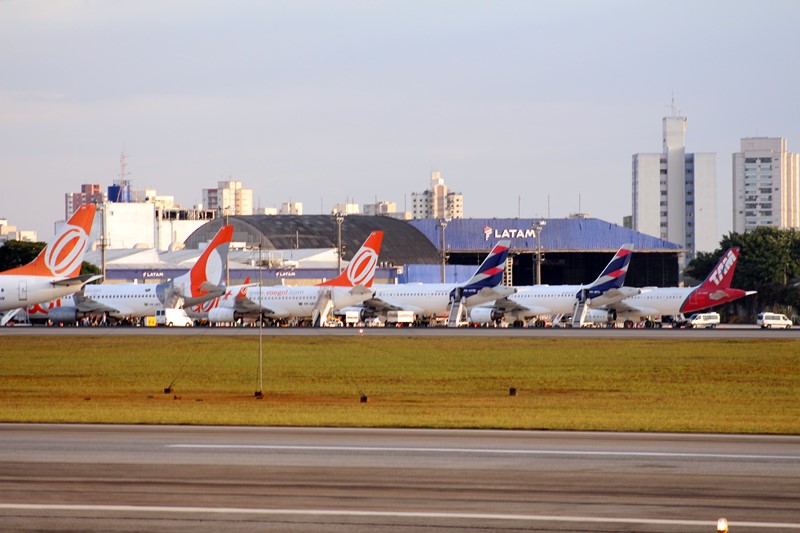 The measures announced yesterday to the airline industry (18) by the government to minimize the impact of the pandemic of the new coronavirus (covid-19) on Brazilian commercial aviation are positive, in the assessment of the president of the Brazilian Association of Airline Companies (ABEAR), Eduardo Sanovicz.

According to him, the effort, the understanding, the high level of mobilization and partnership of the ministries of Infrastructure, Economy, Tourism, the Civil Aviation Secretariat (SAC), the National Civil Aviation Agency (ANAC), the Secretariat Nacional do Consumidor (Senacon) and the Administrative Council for Economic Defense (CADE) were fundamental for this first step.

“The measures are positive and are in the right direction, at this moment when we face the biggest crisis in the history of commercial aviation. We understand that it was announced what is possible to do in this current scenario, where airlines need cash relief. We have entered a new phase, of permanent evaluation based on the implementation of these initiatives, so that we can measure results and build the next steps ”, says Sanovicz. “We started very well. We are now waiting for the details of the announced credit line, which for us is also absolutely vital and relevant in the sense of generating cash and breath that we are building ”, he adds.

Among the measures, announced by the minister of infrastructure, Tarcísio Freitas, is the reimbursement of airline tickets in up to 12 months, for passengers who request them until December 31, 2020. Airport administrators will have extended concession expires and the airlines they will also have flexibility in air navigation tariffs, which should be from May to June, passing to September to November. The provisional measure (MP) was signed yesterday by President Jair Bolsonaro and will be voted on today (19) at the congress.

The airlines presented yesterday, including Wednesday (18), in a meeting at Palácio dos Bandeirantes, a request for help to Governor João Doria.

Among the main demands are realigning the deadlines for opening new frequencies at São Paulo airports, a commitment made after the reduction of the ICMS on aviation fuels in 2019; zero tariffs for inland airports; articulate with other governors the reduction of ICMS and zero this tax in São Paulo for a period.

Airport fares in the interior will be suspended for 90 days. “Companies do not want subsidies, but tools to deal with the crisis and avoid cash outflow,” said Vinicius Lummertz, Secretary of Tourism, who attended the meeting.

The situation is critical. Gol closed all international flights and 90% of the aircraft are on the ground. Azul has almost 70% of the fleet stopped. The expectation is that in August the operations already show signs of recovery. Lummertz will discuss the ICMS issue with Henrique Meirelles, from Finance and Planning. The condition is that companies avoid layoffs at all costs.

Another point raised, but by the administration of the airports (Guarulhos, Congonhas and Viracopos), is addressed to the Federal Government: increasing the presence of Anvisa with information and service teams at landings.

In the IATA presentation, he shows how the impact of the brutal drop in demand in the sector around the world is being.