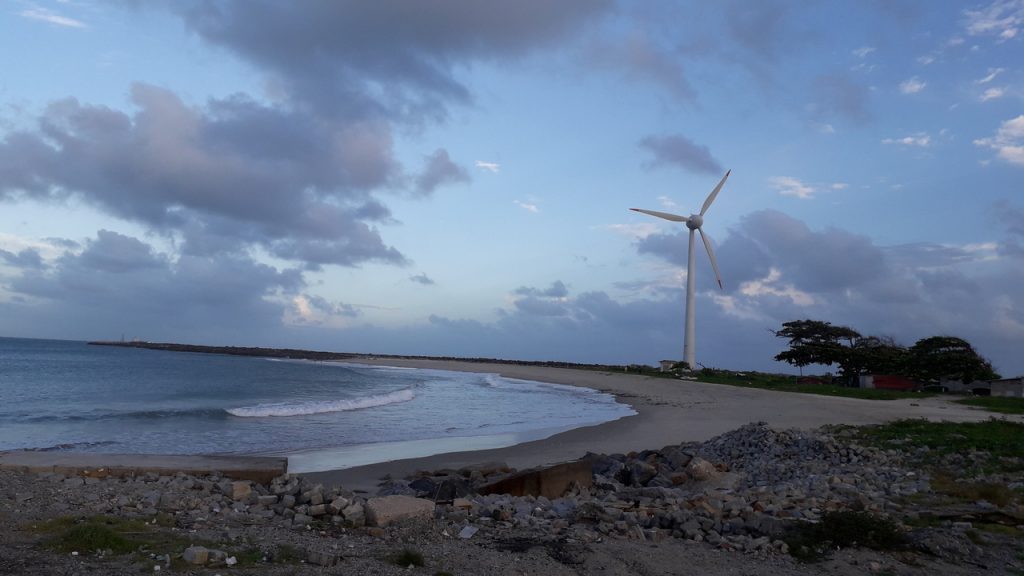 Fortaleza is the capital city of the state of Ceara located in Northeastern Brazil. It is located 2285 km away from the capital of Brazil. The city is situated on the banks of the creek Pajeu and its name is an allusion to Fort Schoonenborch, which gave rise to the city. Fortaleza is a pourtugese name and it is built by the Dutch during their second stay in the country between 1649 and 1654.

Other than the national parks you can visit Acquario Ceara, which is the third largest aquarium in the world, Its major Attractions such as the Beach Park theme park, located in the Great Fortaleza, Avenida Beira Mar and the seasides are surrounded by bars, restaurants and music clubs, where you can enjoy the nightlife. The beaches of Futuro and Iracema and Pirata Bar have placed Fortaleza among the Brazilian destinations preferred by Europeans.

You can do Scuba diving in the area of Pedra da Risca do Meio Marine State Park, a marine protected area located about 10 nautical miles from the shoreline of Fortaleza. Apart from the happening nightlife and beach destination Fortaleza is well known for various historic centers and cultural diversity. Fortaleza has the Preservation of Historic, Cultural and Archaeological Heritage such as Parangaba, Alagadico Novo/Jose de Alencar, Benfica, Porangabucu and Praia de Iracema.

Fortaleza has produced many artists, writers, painters and singers. It is also well known for its theater, the largest and most popular are Theatro Jose de Alencar, which host all the major local and universal culture shows, other than this the Sao Jose Theater, the Sao Luiz Cinema Theater, Teatro RioMarand Teatro Via Sul.The Ceara Museum are also famous.

After the arrival in the city you can enjoy amazing cusine which you always wanted to taste. The gastronomy of Fortaleza is very close to the typical Northeastern cuisine, and, traditional include the baiao de dois, tapioca, which is a pancake made from the starch of cassava. The seafood is another ingredient of typical dishes of local cuisine, such as the steak moqueca and the mackerel and snapper. Crab, shrimp and lobster are also widely used delicacies in dishes such as shrimp rice or shrimp dumplings.

Fortaleza is surrounded by the coastline hence it has a typical tropical climate, majorly a tropical wet and dry climate, with high temperatures and relative humidity throughout the year. However, these conditions are usually relieved by pleasant winds blowing from the ocean. Average temperatures are not much different throughout the year. December is the warmest month, with a highest of 30.7 °C and low of 24.6 °C. The rainy season is from January to June, with rainfall. During this period, relative humidity is high. Fortaleza’s climate is usually very dry from August to December, with very little rainfall.

How to Reach Fortaleza:

By Plane: Fortaleza has an international airport which is located in the center of the city. It is the busiest airport of the nottheastern region of Brazil as it receive the tourist from around the globe, It receive flights from all the major cities of the world like Berlin, Miama etc.

By Bus: Engenheiro Joao Tome us the Bus station of the Fortaleza Bus terminal which carries a daily average of over 8,000 passengers. 35 Bus companies and close to 200 bus lines, are there you carry these passenger daily from all the major cities of the country.