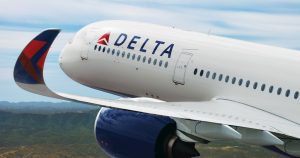 Delta Airlines is reducing drastically all international routes and frequencies for the month of April, including its flights to Brazil.

The Airlines announced that will operate only the Atlanta to São Paulo flight during the month of April. The Airline’s only flight to South America.

With the measures, the New York to Sao Paulo, and Atlanta to Rio de Janeiro are suspended.

All passengers with tickets on the suspended flights should contact the airline or their travel agents to re schedule or refund those tickets.