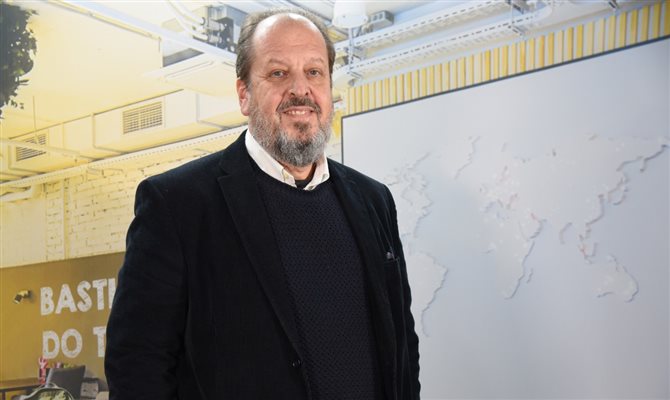 The national and international civil aviation market is one of the most affected by the new coronavirus crisis. Regulatory measures imposed by governments around the world, border closures, and a sharp drop in passenger demand are driving airlines to rethink their businesses and adjust their operations. That was the theme of the life held by Tour House, which included the president of Abear, Eduardo Sanovicz, and the director of Delta for Brazil, Fabio Camargo.

“Aviation in Brazil has pre-crisis revenue of R $ 40 billion, with around 60 thousand people directly employed in the three regular airlines (Latam, Gol, and Azul). It is important to understand that Brazilian companies have entered this crisis very solidly; we are one of the few local aviation still flying,” says Sanovicz.

According to the president of Abear, when the pandemic started, the country had approximately 2,800 daily flights. With a 90% decrease in domestic demand and practically 100% of the international market, those who are flying today are people with unavoidable reasons and very high levels of emergency, employees who have started to work in home offices and are going back to their hometown and health professionals.

Given this scenario, one of the first measures taken was to obtain from ANAC the reduction of the standard network to the essential system, with about 170 daily operations, corresponding to 8.4% of the regular network and serving 27 capitals and 19 cities considered critical to the point of view of freight transport.

“We are flying much more from the bottom of the plane than from the top. The cellars are heavily occupied. Aviation continues to be maintained because of this. From a cash point of view, we went from a burn that reached R $ 42 million per day to one of R $ 5 million daily. We continue to discuss with the executive structures the next measures to combat the crisis.”

Sanovicz also believes that the response capacity of the airlines will be very fast, once passengers start to feel safe and comfortable flying again. The main change that the president of Abear sees, related to the resumption – which he says there will be, it is just not known when -, will be the exercise of travel agents and professionals in the chain to adapt to the new reality of the recovery of domestic aviation primarily.

“The traveler will have a new set of reflections that he did not have before, such as personal health issues. You will prefer to go to a Brazilian destination close to your city, as you know that your agreement will work and, any problem, is closer to home. The resumption of the international will come later”, he says.

Another significant change will be in corporate, business, and event demand. A part of the market, in a few months, will reflect if that meeting or face-to-face meeting is essential. Professionals are getting used to this new type of virtual communication, so a slice tends to collapse. In leisure travel, the economic scenario and job prospects will be the influential factors in the traveler’s decision and purchasing power.

“If we think about six months from now, I would bet on strengthening promotion, sales, and marketing actions in the domestic market, over shorter distances. And only in a second moment in the international, that it will take longer to resume its previous structure.”

Delta Air Lines has suspended much of its operations and, in Brazil, has not been flying since April 3. As a result, there was an 80% reduction in April services and a 95% decrease in passenger demand. Flights that operate are intended for healthcare professionals and those who need to travel. In the USA, the airline continues to run all cities, but with reduced service.

“Even after suspending our operations, we are open for business, advising passengers and selling the flights we have in the months ahead. Our expectation is to resume flights in May, but this will depend on demand. When passengers are ready to fly, they will be here to transport them”, says the director of Delta for Brazil.

Camargo is also of the opinion that the traveler’s behavior will be different, but mainly because the world will be different. The companies will appreciate the cleaning issue even more, and this question will accompany the market going forward. Flexibility will also be a transformed point, considering that companies have adapted absurdly to the current moment. Not to mention solidarity, empathy, and the issue of social distance, which ended up bringing people closer, even if online.