Bossa Nova is a musical genre with strong American jazz influences derived from samba. In Brazil, the word “bossa” is an old-fashioned slang for something that is done with particular charm, natural flair.

Popularized in the 1950s and 1960s, became one of the most important movements in what is known in Brazil as MPB (Música Popular Brasileira, or, Brazilian Popular Music). Born in Rio de Janeiro’s south zone (which comprises areas such as Ipanema and Copacabana), has found worldwide fame and is often associated with well-known musicians such as João Gilberto, Vinícius de Moraes, Antonio Carlos Jobim (who collaborated with Frank Sinatra) and Luiz Bonfá. 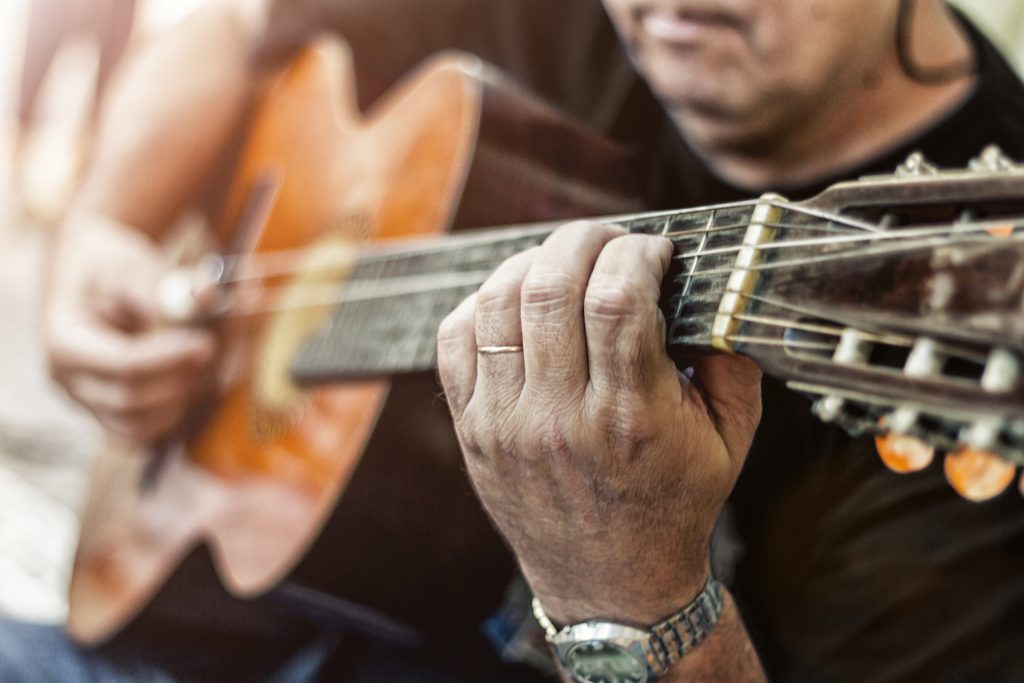 Bossa nova is most commonly performed on the nylon-string classical guitar, played with the fingers rather than with a pick.

Even in larger, jazz-like arrangements for groups, there is almost always a guitar that plays the underlying rhythm. Gilberto basically took one of the several rhythmic layers from a samba ensemble, specifically the tamborim, and applied it to the picking hand.

As in samba, the surdo plays an ostinato figure on the downbeat of the beat. The clave pattern sounds very similar to the Cuban styles such as mambo. Also important in the percussion section for bossa nova is the cabasa. These parts are easily adaptable to the drum set, which makes bossa nova a rather popular Brazilian style for drummers.