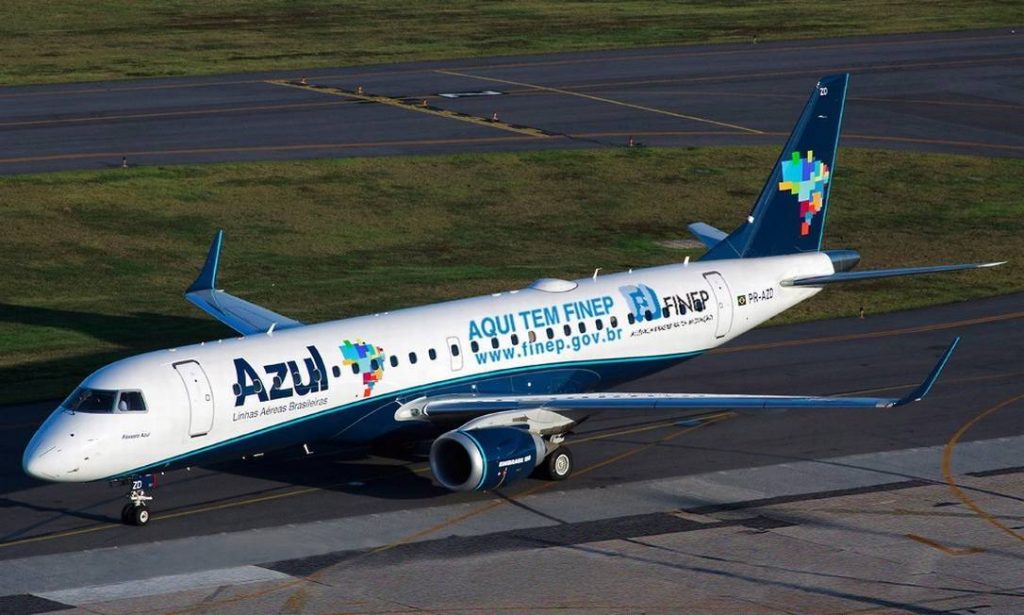 For the second consecutive year, Azul was elected the airline with the most efficient check-in and baggage claim in the country by the Aeroportos + Brasil Award, promoted by the Ministry of Infrastructure. The trophies were delivered on Tuesday morning (03), in Brasília.

The selection of the winning company in the “Check-in + Efficient” and “Baggage + Efficient Restitution” categories was based on the Passenger Satisfaction Survey, which was answered by the customers themselves over the past year and which evaluated around 40 indicators, with a 95% confidence level.

“We are very happy for this important recognition, which is the result of the hard work we have been doing to improve our processes and create new methodologies that contribute to the best experience for those who fly through Azul. This is an achievement of our Crew members, who work daily to ensure a fast and efficient journey for all our customers, from their arrival at one of the airports to their arrival at their final destination ”, says Jason Ward, VP of People and Customers at Blue.

“I would also like to acknowledge the efforts of Minister Tarcísio and the National Secretary of Civil Aviation, Ronei Saggioro, who has worked, in partnership with airport companies and administrators, to improve the experience of all passengers at airports”, adds the executive.

The speed and efficiency at the counter, in addition to other service channels, such as the application and the web check-in, contribute to the good results. According to the company’s airport director, Elisabete Antunes, the company is always thinking about how to simplify steps to save time for Customers traveling with Azul.

“We work together with other sectors of the company to think about how to reduce the time that our Customer waits to go through all procedures until boarding our aircraft. In parallel, our Airport Team is dedicated daily to offer an agile and efficient service to our Clients, without failing to follow safety rules and without losing the essence of our service. Without a doubt, this is our secret ”, emphasizes Elisabete.

With regard to baggage claim, the reformulation of processes and partnership with companies that carry out this type of service collaborated so that Azul received this recognition for the first time. “We approached our partners so that they were more attentive to Azul’s processes. In this way, we are able to provide our Customers with more convenience, ”concludes Elisabete.

Azul S.A. (B3: AZUL4, NYSE: AZUL) is the largest airline in Brazil in numbers of cities served, with 821 daily flights and 110 destinations. With an operational fleet of 123 aircraft and more than 11,000 employees, the Company has 220 routes on December 31, 2018. In 2018 Azul won the award for best airline in Latin America by TripAdvisor Travelers’ Choice and Kayak Flight Hacker Guide , and was also voted the best regional airline in South America for the eighth consecutive year by Skytrax. Azul was also the most punctual airline in Brazil in the world ranking of FlightStat.