Have you ever imagined of spending news year in your swimwear? If no we are giving, you a chance to be free this new year. Kickstart your new year vacations in tropical style in Brazil. Brazil surely is the host of world’s largest party the carnival fest, Brazilian never fade up partying, they celebrate carnival with full zeal so as the new year.

New year in Brazil is quite interesting, unlike the other places around the world, where new year is celebrated in chilled weather. Here in Brazil, you can celebrate the new year to the fullest by relaxing on beaches, by spending private time with your loved one, sipping cachaca on Copacabana, listening bossa nova on Ipanema. New year eve is the most special day of the year, people from all around the world come together and celebrate the coming year and see of the past year, Brazil also holds a large celebration, rituals, tradition all around to welcome the coming year.

And you know what make Brazilian new year more interesting, unlike everywhere in world Decemberis a summer month in the country, due to the pleasent weather and stunning natural beauty it is an anunmatchable destination for a New Year’s holiday. Here are some of the best places to visit in Brazil on New year. 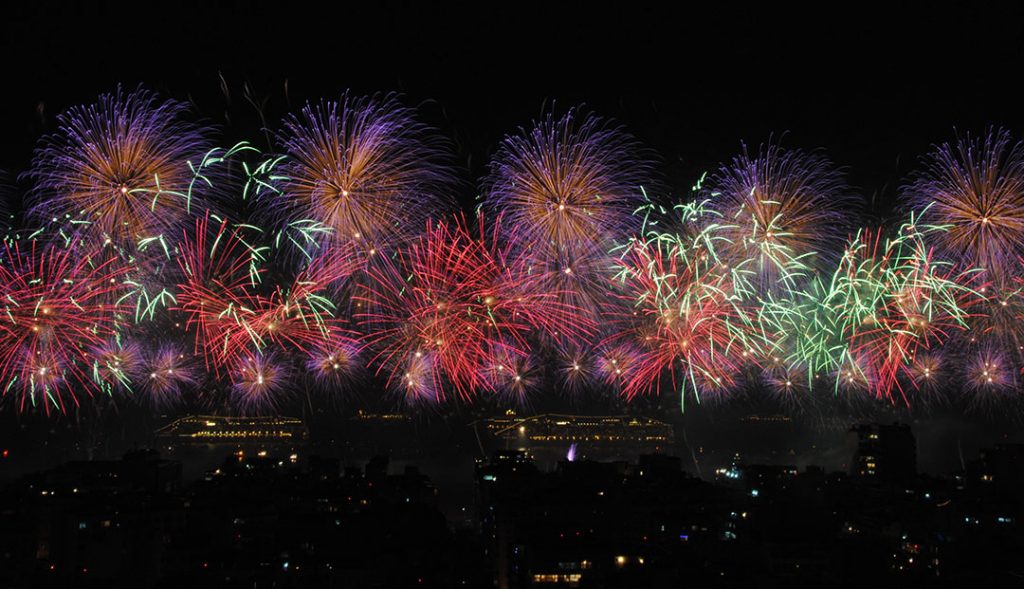 Copacabana islocated in the heart of Rio de Janeiro surrounded by tall building and sky scrapers. This place is easy to reach as it is located one of the top regions of brazil. The place is famous for water sports, rich nightlife, festivities, events etc. Copacabana beach celebrates the best new year in Brazil. When the party starts here tourists and localities gatherto acquire their spot in morning, as the day passes the place becomes more crowded and reach around of million visitors.The beach is surrounded by numerous restaurants, bars, and lounges which offer varieties of food so you can hope on multiple places or choose one, sit and enjoy the rest day. You can reserve your place in any of the beach restaurants to relax and enjoy the event from the terrace. Once you enter the beachfront which is also known as Avenida Atlantica you will see huge crowd.

Copacabanahost the biggest New Year’s beach party on earth, there you can enjoy live music, with some of Brazil’s biggest acts performing to massive crowds, and a breathtaking 15-minute fireworks display at midnight. With a mix of the Afro-Brazilian religions of Candomblé and Umbanda hold special significance for Brazilians at New Year, especially at Copacabana. Bringing in the New Year on the beach began as a Candomblé and Umbanda tradition, with devotees wearing all white and leaving offerings for Iemanjá, the goddess of the sea.

Over time, these practices extended to people outside the Candomblé and Umbanda religions, and almost everyone at Copacabana’s New Year’s celebrations will wear all white, a color which, according to the aforementioned religions, wards away evil spirits. After midnight, revelers take part in another ritual, which is to enter into the sea and jump seven waves. It is believed that by doing this, one will invoke the powers of Iemanjá for the year ahead. People bring flowers, soap, and other make products and toss them into the ocean to worship goddess. This offering to Lemanja is done when someone’s whish got fulfilled previous year, this is a way to show gratitude to the goddess. This tradition starts few minutes before midnight, and it is said that tide will receive the tossed gifts and carry them to goddess Lemanja.

Alter do Chãois widely regarded as the most beautiful freshwater beach in the world. Located on the Tapajós river in the northern state of Pará, its pristine white sand and warm, brilliant blue water make it one of the most relaxing places in the world. You must-visit this beach if you are coming to Brazil irrespective of time off visit, recommended especially for those who are coming to visit Amazonianregion of Brazil.

On New Year’s Eve, Alter do Chão host one of the best parties in the country, known as VaiTapajós. The celebrations starting on December 27 after christmas and going right up to New Year’s Day, you can listen some of the best live music of Brazil during the party, it’s a truly unskipable experience. On New Year’s Eve, the organizers take all the party goers down the Tapajós river to a secret beach, where they bring in the new year and party until morning. 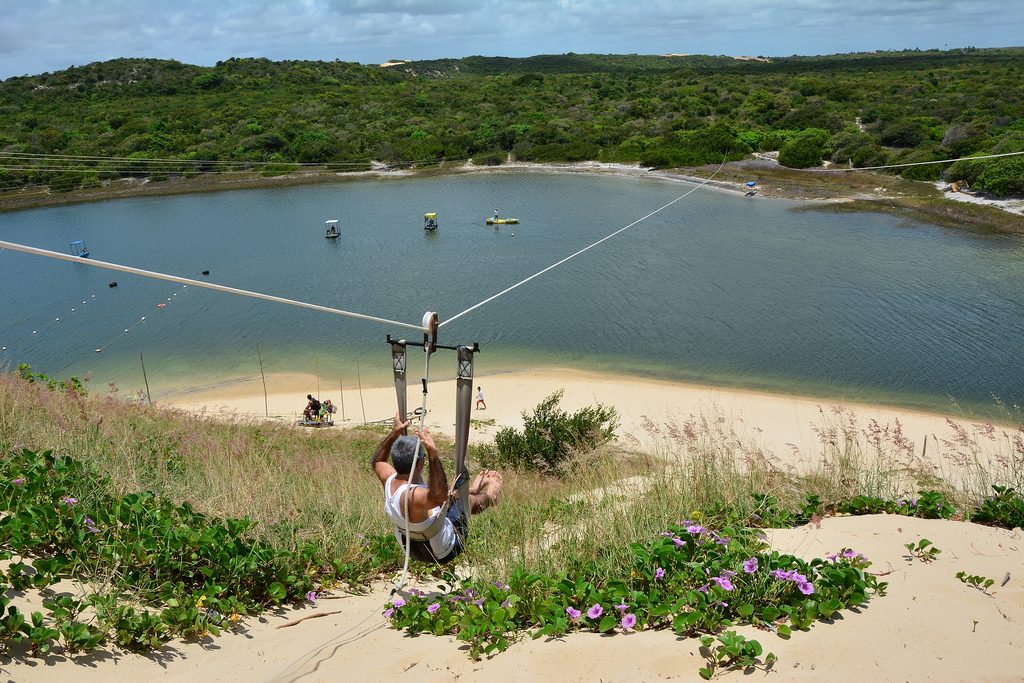 The Litoral Norte coastline is part of São Paulo and Rio de Janeiro state, it is vastly underrated but a unique part of the country. With an incredible mix of ecosystems, from the Serra do Mar mountain range, rolling down into the native Atlantic Forest and then onto the gorgeous Litoral Norte beaches, the entire region throws up some jaw-droppingly beautiful landscapes. There are numerous secluded beaches surrounded by imposing mountains covered with thick jungle, a combination which is hard to find anywhere else.

When you visit Litoral Norte, trust us you will never regret coming here, The colonial town of Paraty is a classic tourist destination and always holds large New Year’s celebrations majorly for a younger crowd, the nearby small beach village of Trindade forms great destination in combination with three beautiful beaches.Toque-Toque Pequeno, which has the peculiar honor of being one of the very few coastal beaches in Brazil which faces southwest, meaning it is bathed in sun for the whole day, so the beach visitors can easily get enough of Vitamin C all day long while sun bathing, you will also get an unobstructed view of the sun setting into the ocean. 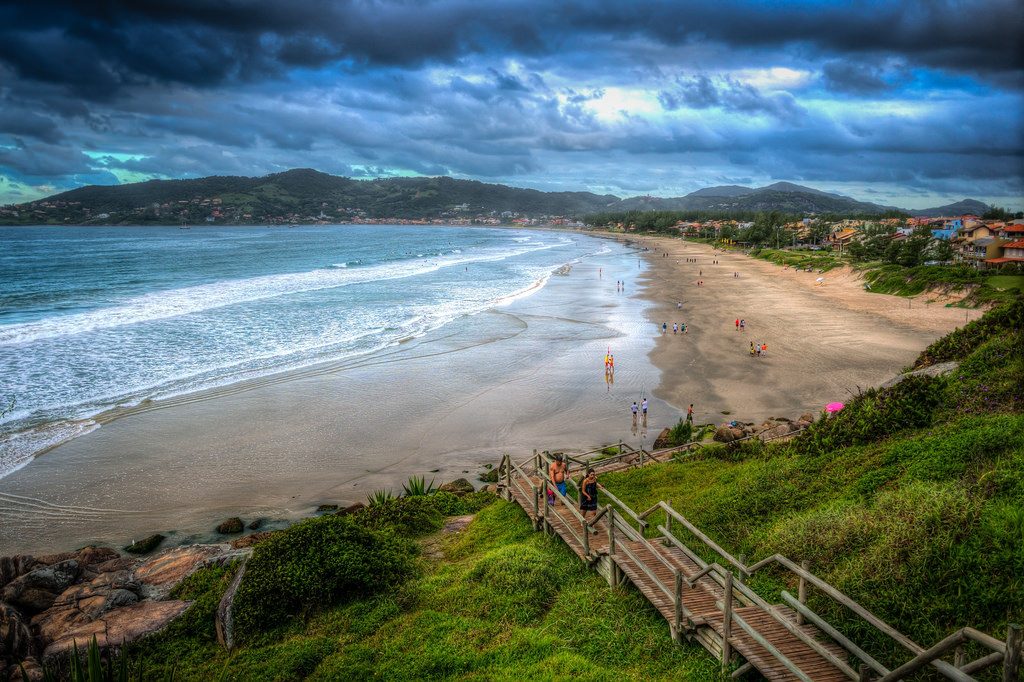 Garopaba is located in the southern coast of the country it is one of the hottest spots for visitors from other countries in Latin America, particularly Argentinians and Chileans. Florianópolis, the capital of the state of Santa Catarina, is the main place to draw most visitors. The cultural capital of Brazil’s south is surrounded by beautiful coastline, and part of the city is surrounded by island of Santa Catarina. A little further south from the state capital is the charming town of Garopaba, which is fast becoming the hottest New Year’s destination in the entire region. For the last 10 years, the ViradaMágica party has attracted a young, trendy crowd to the gorgeous Praia do Rosa beach to bring in the New Year, with the main attraction being the breathtaking first sunrise of first day on new year.

New Yearin Brazil is not restricted to the beach, many Brazilian families prefer avoid the coast parties at the end of the year, instead they search for some peaceful and quiet destinations, surrounded by nature. The southeast of Brazil, particularly around the borders between the states of São Paulo, Rio de Janeiro and Minas Gerais, is ideal for this type of getaway, with its lush scenery, countless rivers, waterfalls, and mouthwatering local food.Visconde de Mauá, is located in the border between Rio and Minas, it is a gorgeous river valley and offers an excellent backdrop for an unforgettable countryside New Year’s celebration. There is plenty to see and do during the day, such as hiking in mountains of the nearby Itatiaia National Park, or walks on the Rio Preto uncovering beautiful waterfalls. The town itself is charming, full of friendly dogs who were once abandoned but are now cared for by the local community. At night, there are plenty of options for your New Year’s Eve feast. 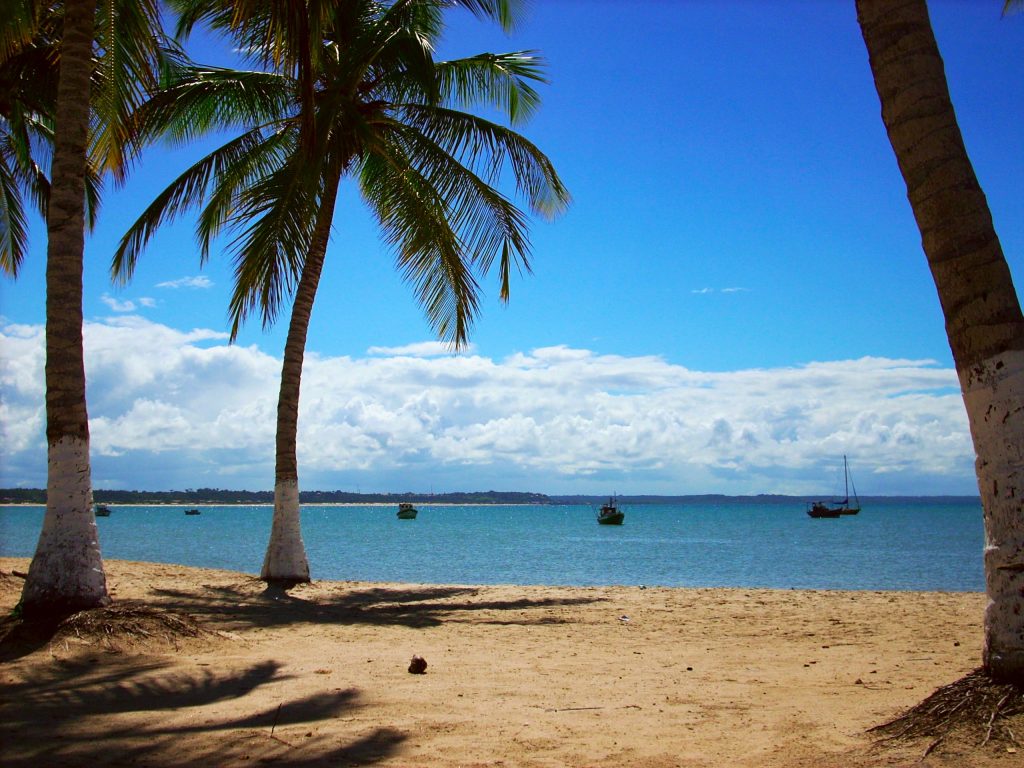 Porto Seguro host number two new year party of brazil. Behind the city of Salvador, Porto Seguro is the next most popular destination in the northeastern state of Bahia, attracting travelers all year round with its impressive beaches and ample infrastructure. While other New Year’s parties around the country will play a mix of different music styles, mainly Brazilian pop, in Porto Seguro there is one genre and one genre alone—axé. A mix between Brazilian rhythms frevo and forró, as well as Afro-Caribbean styles such as calypso.

Jericoacoarais located in the north side of Brazil, hidden behind big sand dunes. Sea is located between the sand dunes which make this place most pristine. The place Is full of nightlife and hotels. One can enjoy many coastal activities at this place mainly sunrise and sunset which makes this, one of the most desired places to visit. A Brazilian New Year’s Eve on the beach does not necessarily have to be a crowded, action-packed affair. In fact, bringing in the New Year in the remote fishing village of Jericoacoara, on Brazil’s northeastern coast, may just be one of the most laid-back and relaxed New Year’s imaginable. It’s not the easiest place to get to, requiring a 4×4 ride over the sand dunes from the nearby town of Jijoca de Jericoacoara. On theNew Year’s Eve, be sure not to miss Jeri’s legendary sunset, best seen from the top of the Duna do Pôr do Sol, where visitors can often witness the notorious “Green Flash,” a natural phenomenon where the setting sun turns a brilliant shade of emerald green before disappearing over the horizon.

The stunning turquoise waters and gorgeous sands of São Miguel dos Milagres beach make it one of the most popular destinations in the northeastern state of Alagoas. At New Year, the Réveillon dos Milagresfestival is five days of partying with some of Brazil’s most popular DJs.

9.Ouro Preto, Minas Gerais:The colonial gold mining town of OuroPretohas been a UNESCO World Heritage Site since the 1980s, its wonderfully preserved Baroque architecture and its importance to the history of Brazil during the 17th and 18th centuries is what makes it heritage. It remains a charming city to visit, and walking around its sloped streets make you feels like a true traveler.Ouro Preto is also a popular destination at New Year, the local government here organize firework display at midnight and many of the town’s restaurants holds private celebrations for tourists.